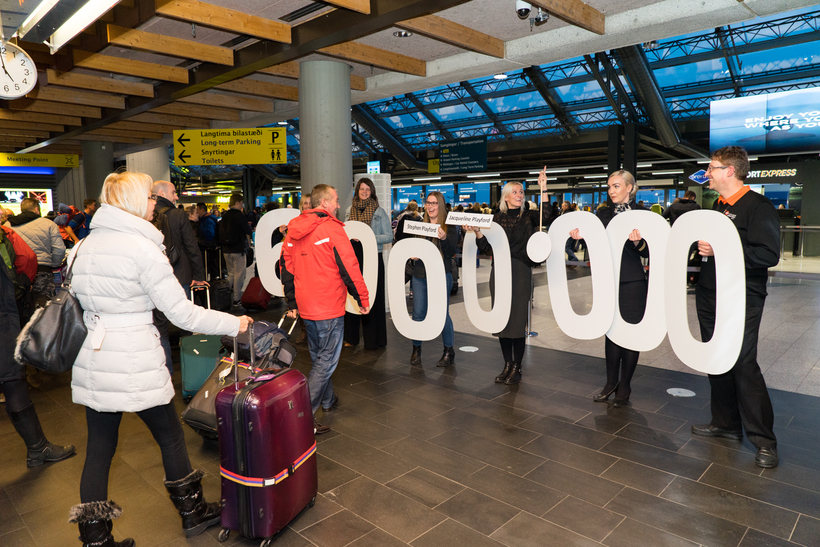 Iceland’s main international airport at Keflavík welcomed its 6,000,000 th passenger of the year yesterday – the first time ever that this milestone has been achieved.

This is the second time this year that Keflavík Airport (KEF) has such a spectacular milestone to celebrate, having greeted its 5,000,000 th passenger back in September – again the first time this has ever occurred.

The lucky passenger was one or other of couple Jacqueline and Stephen Playford arriving on an Icelandair flight from London Gatwick. 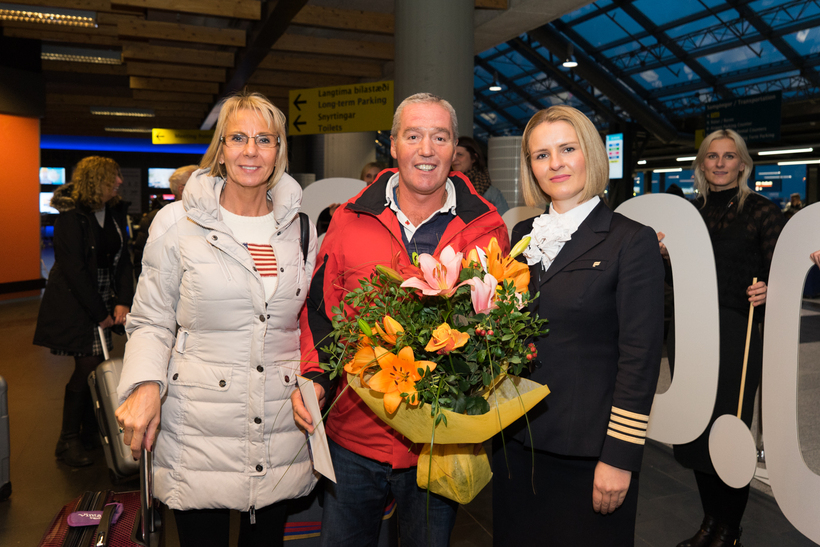 The couple were presented with flowers, tickets for sightseeing trips with Reykjavik Excursions, gifts from Icelandic weather-proof clothing brand Cintamani, and a free flight with Icelandair.

2015 saw 4.85 million passengers use Keflavík Airport, and this year the figure is expected to reach 6.8 million. Passenger numbers have more than tripled since 2010.

According to forecasts by airport operator Isavia, the airport expects to celebrate two new milestones in 2017 – the arrival of its 7,000,000 th and 8,000,000 th passenger in one year. 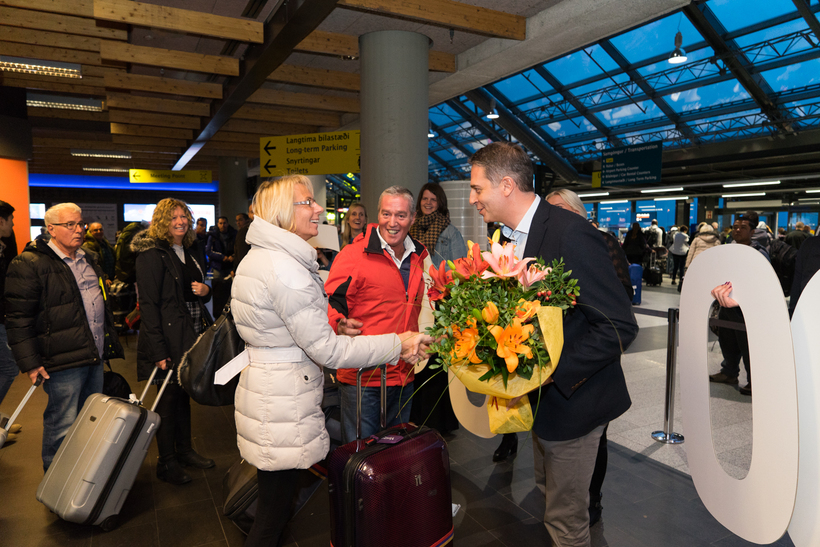