Reckless behaviour to get the right photo 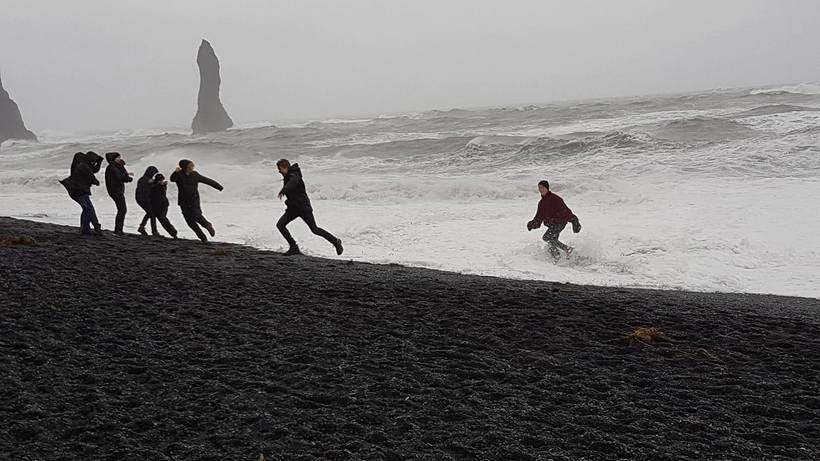 Tourists running into the waves and laughing at Iceland's most dangerous beach. Photo/Þórdís Pétursdóttir

Tourists at Reynisfjara beach see the warning signs but disregard the dangers according to a new University survey.

The survey was part of a Bachelor of Science degree project at the University of Iceland and conducted by Þórdís Pétursdóttir and Sigurlaug Rúnarsdóttir who spent four days last week speaking to tourists.

They also filmed some of their interviews.  "We were really surprised at how oblivious people were to the dangers."

Reynisfjara is considered to be Iceland's most dangerous beach because of extremely treacherous currents and waves that can instantly drag someone out to sea. A tourist died from these circumstances last year.

Reynisfjara beach death: "The man's wife and children were in total shock."

"It seems that people believe that the beach is safe as long as nobody goes out swimming. It's as if people don't realised that the waves can catch them standing at the beach, even if they don't go into the sea."

What also surprised them in their findings is that most of the tourists had read the signs but still did everything contrary to what the signs told them to.

"People still seemed to think there was little danger. People were still taking their kids down to the beach like you can see in the video. The family we filmed were going into the water for the third time."

People did however pay more heed to the dangers when accompanied by a guide and when the weather was bad. But as soon as the sun started to shine again people started playing in the surf. "They were running backwards and forwards to touch the ocean and then running back screaming and laughing."

She points out the video of the child, when the mother laughs a lot, oblivous to the danger. "It was really hard not to be able to say anything, which we couldn't do for the research purposes. We couldn't say anything to that woman." 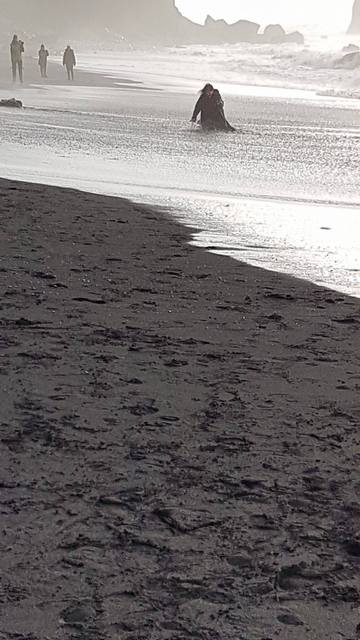 They were also surprised at the importance of the right photograph for people. Tourists climbed high into the cliffs, went into a dangerous cave, turned with their backs to the se. "One family had a baby pram right next to the sea and turned their backs on the waves for a family portrait," says Pétursdóttir who points out that no one knows when the big waves hit.

They also spotted an American videographer who climbed up a slippery and dangerous path to the top of the cliffs. "It's footage that will be distributed and could be a very bad example to others."