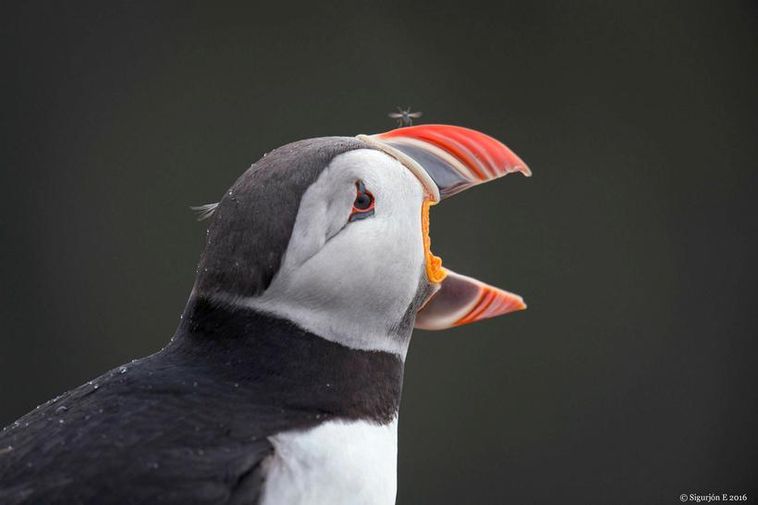 The Westman Islands are the site of one of Iceland's three main puffin colonies and the annual research mission by the South Iceland Nature Centre has begun. The majority of the world's population of puffins breeds in Iceland but the past decade has seen a significant decline.

As reported by the National Geographic a couple of years ago,  climate and ocean changes are blamed for huge losses of puffins, kittiwakes, and terns in Icelandic territory.

Dr. Erpur Snær Hansen at the South Iceland Nature Centre says that the colony in the Westman Islands is 65 % this year compared to 57% last year. The research mission has also gone to Ingólfshöfði and Papey island, where eggs and pufflings are counted and young puffins are fitted with an electronic tracking device and tracking devices on other birds are removed to access data.

Hansen said to today's Morgunblaðið that he was very pleased that the Iceland Marine Research Institute is recommencing herring research in Faxaflói bay and Selvogsbanki.