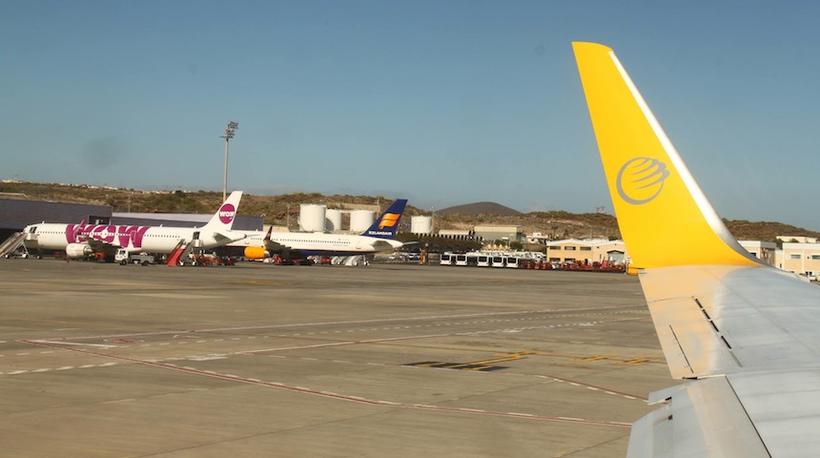 Can you spot the mistake in this photo of a cluster of Icelandic jets? That’s right – the bright sunshine and brilliant blue skies.

Because this is not Keflavík as the aircraft might suggest, but Tenerife, the largest of Spain’s Canary Islands.

550 passengers – almost all Icelandic – arrived in the popular Canary hotspot on Tuesday in three jets landing in a time period of just eighty minutes.

Travel agencies report that all Tenerife flights from Iceland over the Easter break are fully booked.