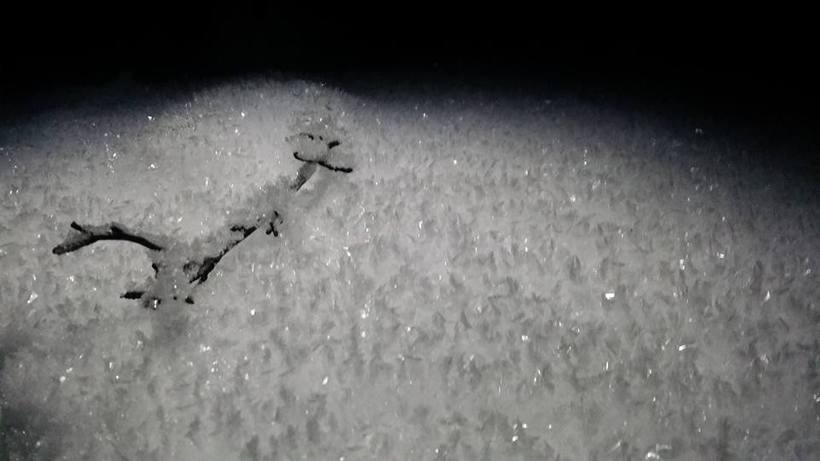 An unusual natural phenomenon has appeared in Ísafjörður in the West Fjords. Ice crystals measuring 1-2 centimetres have formed on the surface of the snow due to special weather conditions that combine humidity, a lot of frost and no wind.

Only a slight breeze is needed for the crystals to fall like dominoes.

Sig­ríður Sif Gylfa­dótt­ir who works at the Iceland Met Office avalanche centre in Ísafjörður took the accompanying photograph. She said to mbl.is that the crystals were unusually large. The photo is taken near a stream at the local camping site but Gylfadóttir added that the crystals were also forming in the town itself.

Snow crystals such as these can reach a size of several centimetres in the right conditions, which rarely occur in Iceland due to a lot of wind. Gylfadóttir expects the crystals to grow larger over the next few days as the forecast is for continuing still weather. Rain is then expected on Thursday.