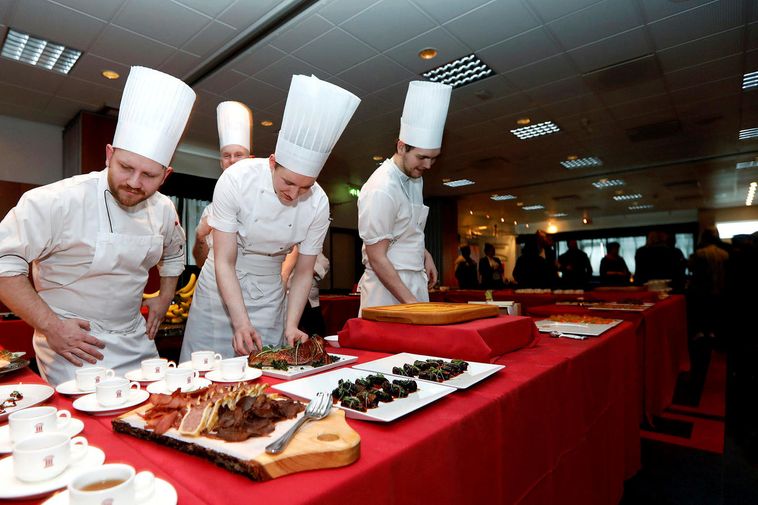 The Food and Fun Festival will be held at restaurants in Reykjavík for the 19th time March 4-8. The festival pairs renowned chefs from both sides of the Atlantic with Reykjavík’s best restaurants. Together, they then prepare exciting menus, using Icelandic ingredients.

The idea for the festival came about as a way to encourage tourism during the off-season. The first festival was held in 2002 – a competition between Icelandic and foreign culinary professionals – supported by Icelandair, the Icelandic Hotel and Gastronomy School and the City of Reykjavík.

It has since gained worldwide recognition. Chefs from the US and Europe cooperate with local restaurants in creating gourmet menus at affordable prices during the competition. Last year, more than 20 chefs came from abroad to participate in the competition, Morgunblaðið reports. The festival annually attracts 12,000-15,000 guests from all over the world.

Celebrity chef judges are invited to rate all the food, and three chefs are chosen as finalists to compete for the title Food and Fun Chef of the Year. The festival is attended by numerous foreign reporters.