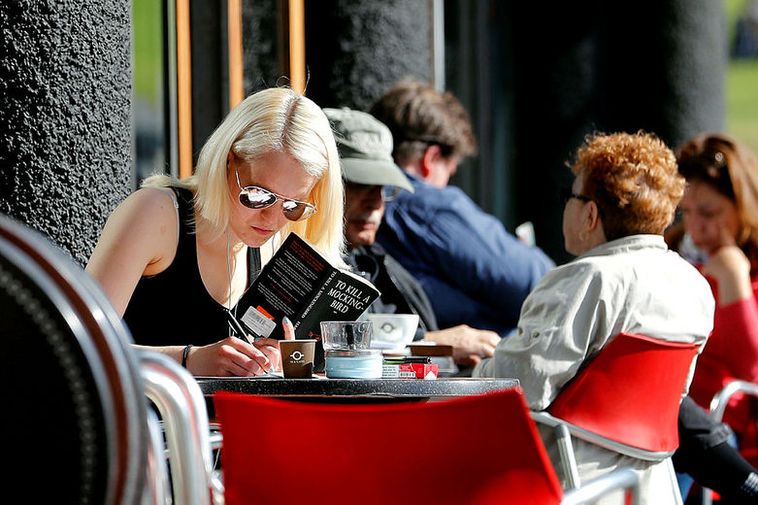 Dill, the only Icelandic restaurant to have earned a Michelin star, has closed, k100 reports. The restaurant had been working hard on earning back the Michelin star, which it lost in February. Last year, the restaurant lacked only one point to make it to the list of the best restaurant in the Nordics, according to White Guide Nordic, Fréttablaðið reports.

Running such a fine restaurant is very expensive, since a large team of employees is needed, a veteran restaurateur tells Morgunblaðið. He states that the price of produce has gone up, as have labor costs.  He stresses the importance for restaurant owners to limit costs by reorganizing and simplifying operations and laments how difficult it is for finer restaurants to operate in the city.

Since last summer, at least 14 restaurants in downtown Reykjavík have closed, while at least 20 new ones have, or are about to, open, Morgunblaðið reports. If you count all nine restaurants at Grandi mathöll food hall, the number of new restaurants is close to 30. Their opening creates jobs, replacing those lost when the other businesses closed.

Another expert in the restaurant business states that a rule of thumb is to spend 30 percent of your income on wages, 30 percent on produce, 30 percent on rent and 10 percent to maintain profits. Right now, wages, in some cases, count for more than 50 percent, he states.

Jóhannes Þór Skúlason, CEO of SAF, the Icelandic Travel Industry Association, reports that what explains the closing of so many restaurants is mainly a drop in the number of tourists: “Fourteen percent fewer tourists visited the country in July this year than in July of last year … About 35 percent of the demand [at restaurants] comes from foreign tourists. Another explanation is that in general, costs have gone up in the travel industry recently, especially labor cost.”

He mentions other factors contributing to a drop in profits for the travel industry, such as the short-term effect of WOW Air’s bankruptcy in the spring, the grounding of Boeing 737 MAX jets, which affected operations for Icelandair, and, finally, the recent bankruptcy of the British travel service SuperBreak, which resulted in scheduled flights between the UK and Akureyri being canceled.

The sale of street food has increased in Reykjavík recently, including the opening of a new recreational area near Reykjavík harbor in July. Two new restaurants will be opening on Laugavegur next week and one on Hverfisgata.