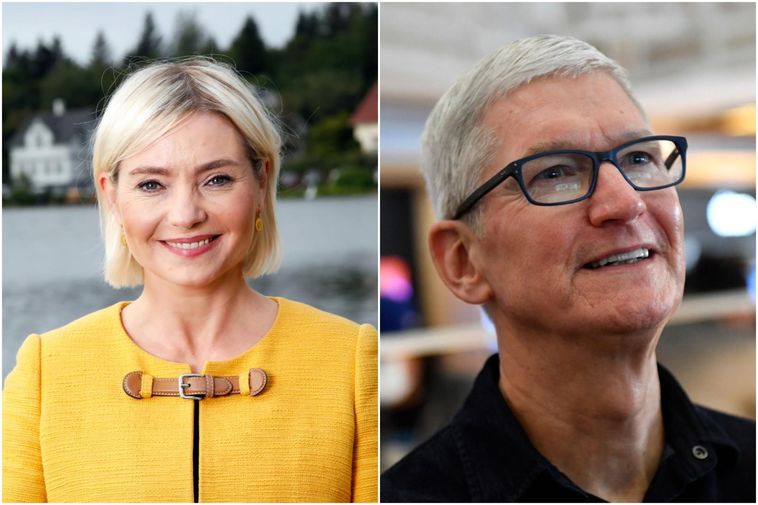 Icelandic Minister of Education Lilja Alfreðsdóttir has sent a letter to Tim Cook, CEO of Apple Inc., asking him for help in preserving the Icelandic language by adding it to the voice-, text- and language collection of its operating systems.

In the letter, she expresses her interest in the use of technology in schools and in society as a whole. She notes that smart devices do not support Icelandic, causing Icelanders worry about the fate of their language, which has been preserved almost unchanged for a thousand years and is the core of the nation’s culture and self-image.

She notes that Icelandic authorities have brought together scientists, entrepreneurs and private businesses to work on projects with the aim of improving language technology for those who want to develop Icelandic voices for smart devices.

“As the [letter] shows, the goal is to seek the help of the largest and most powerful company in the world in preserving the Icelandic language,” Lilja writes in an article in Morgunblaðið. “We expect a positive response, since we know from experience that constant dropping wears away a stone, and we are being listened to. It suffices to mention Disney’s reaction when we urged them last winter to increase subtitling and dubbing in Icelandic by the Disney+ streaming service. That effort has already resulted in better service for Icelandic children and other users of the streaming service.

“Icelanders’ increased foreign language proficiency, especially with regard to English, is positive and creates various opportunities. That is especially true for children and youth. Knowledge of English empowers them, but at the same time does the globalization of English threaten cultural diversity and innovation. Without a language, ideas are not created, and if everyone speaks the same language, creativity is threatened, as well as progress in the long term.

“Not everyone should be the same, and we trust we can rely on the help of the largest in our fight for the future of the Icelandic language,” Lilja concludes.