Fired up about Wood-Fired Oven 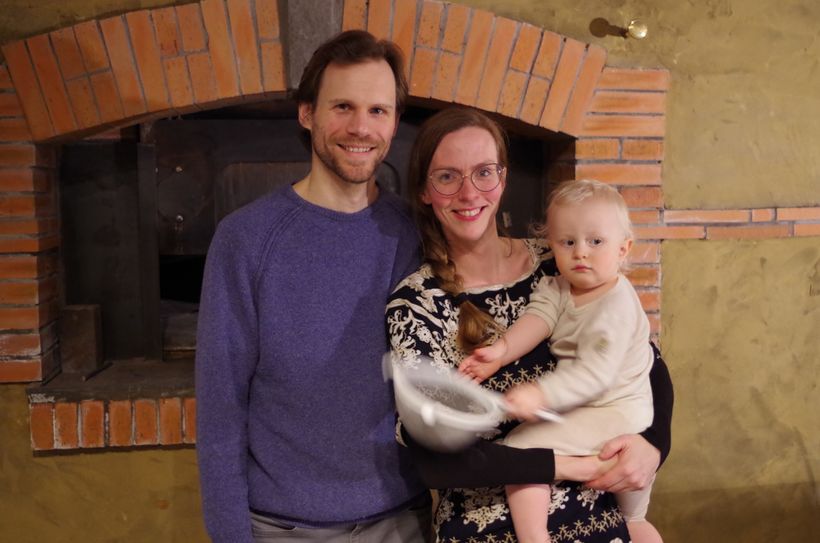 People in North Iceland are in for a treat. In May, a sourdough bakery, equipped with the country's first wood-fired bread oven, will open its doors at Böggvisstaðir, near the town Dalvík, in Svarfaðardalur valley.

The people behind the bakery Böggvisbrauð are the couple Mathias Julien Spoerry and Ella Vala Ármannsdóttir - musicians who met in Switzerland. 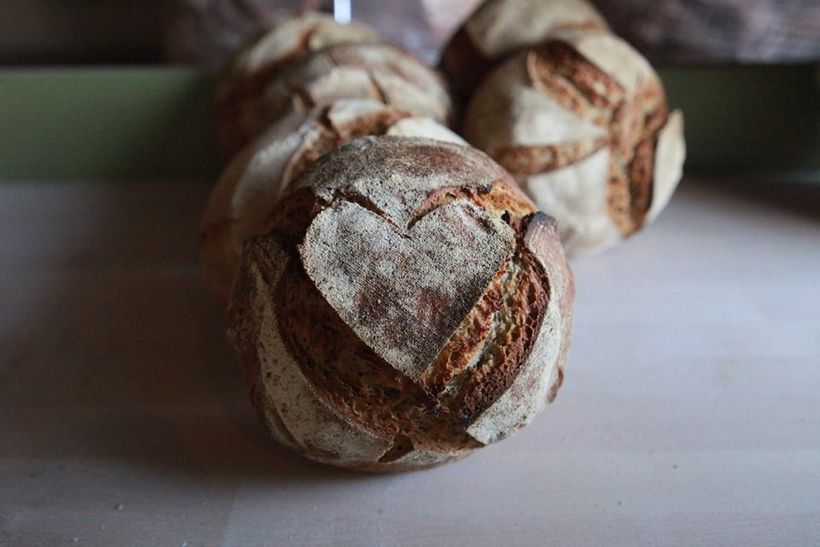 The oven was built, following a French model, with the material imported from France. It is heated with birch wood, collected from Vaglaskógur woods in Fnjóskadalur valley, North Iceland. A French expert in the making of such ovens took a month to build it.

While learning breadmaking in France, Mathias was first introduced to wood-fired ovens and decided he'd have one such built in Iceland.

"The quality of the bread [from such an oven] is much better," Mathias tells journalist Þórunn Kristjánsdóttir at mbl.is . "The bread has a longer shelf life, and the nutritional value is better preserved, because the wheat is freshly ground."

For grinding the wheat, Mathias imported a stone mill from France. In order to maximize the bread's nutritional value, he uses only freshly ground organic wheat, without any additives. 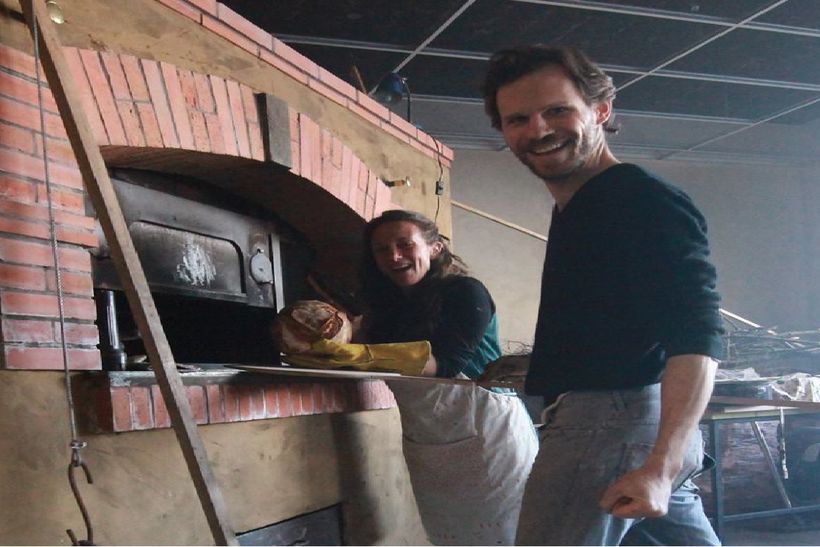 
Mathias and Ella Vala are very grateful for the support they have received. "Everyone is really excited about this and feels that they co-own it with us - which they do," Ella Vala remarks. She says their neighbors in the district have encouraged them and told them how happy they are they moved to the valley.

The two of them moved to Iceland and all the way north to Böggvisstaðir five years ago, after having met in Basel, Switzerland. Both are musicians: Mathias is a singer who holds a master's degree in medieval music, while Ella Vala plays the French horn and holds a master's degree from Basel. He teaches music in Dalvík, while she teaches music in Akureyri and Dalvík, in addition to being a member of the North Iceland Symphony Orchestra.

Mathias grew up in Southwest France, while Ella Vala grew up in Svarfaðardalur valley. She lived abroad for ten years before moving back to Iceland.

And now, they have made Böggvisstaðir their home. The building used to be a service building for a mink farm, once located nearby. 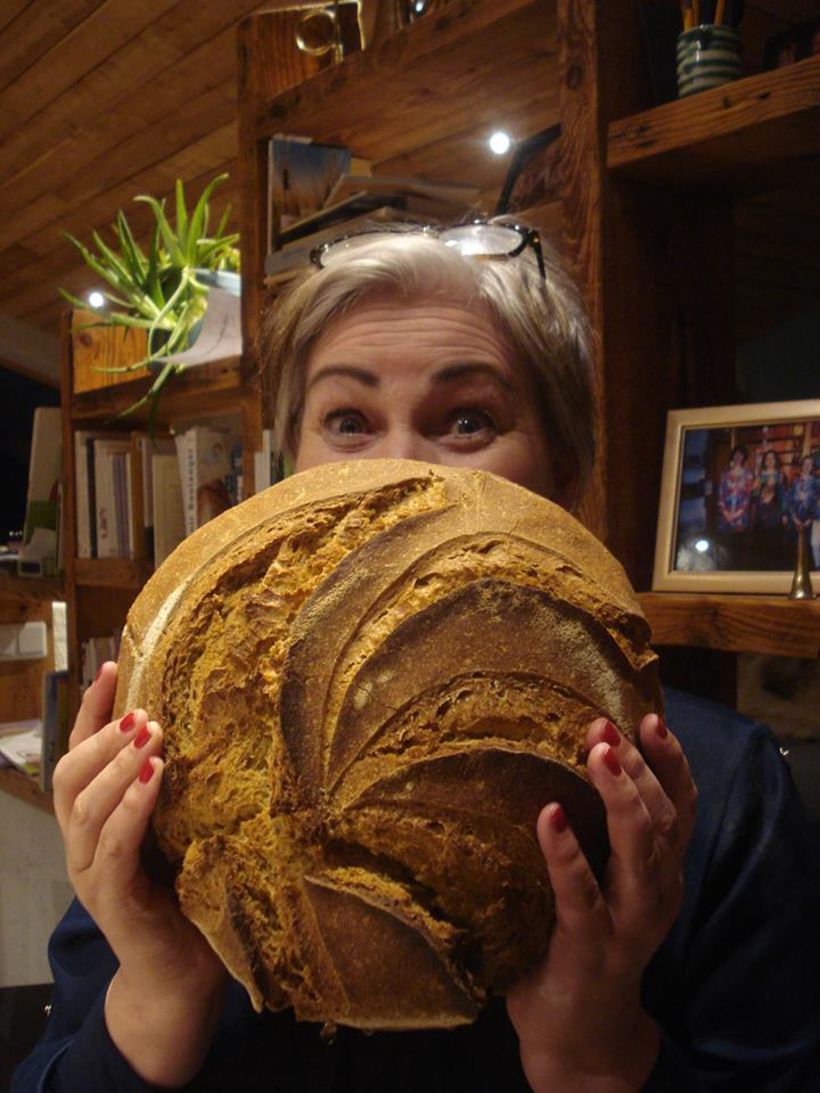 
Ella Vala is glad to be back home: "Life here is very different from what it is in Basel. Here, you are much more in touch with the community."

It took only a few shorts visits to Iceland for Mathias to became impressed with the country. When Ella Vala was offered a full-time job at Akureyri Music School, they decided to take the leap.

Mathias found quality bread hard to come by, which prompted him to start experimenting with baking. He was fascinated by sourdough bread-making and decided to get trained as a baker, both in France and in Iceland. Soon, the idea was born to open a bakery in Iceland.

"This is my passion, and I wanted to take it all the way," he tells mbl.is . Not only is the oven of the highest quality and the wheat organically grown; the wheat he uses is of an ancient variety, so-called heritage wheat, which he purchases from a farmer in France. It produces a grain richer in nutrients and more easily digested than do modern varieties. Therefore, sourdough bread made with this kind of grain has been well received among people with gluten intolerance, according to Mathias. 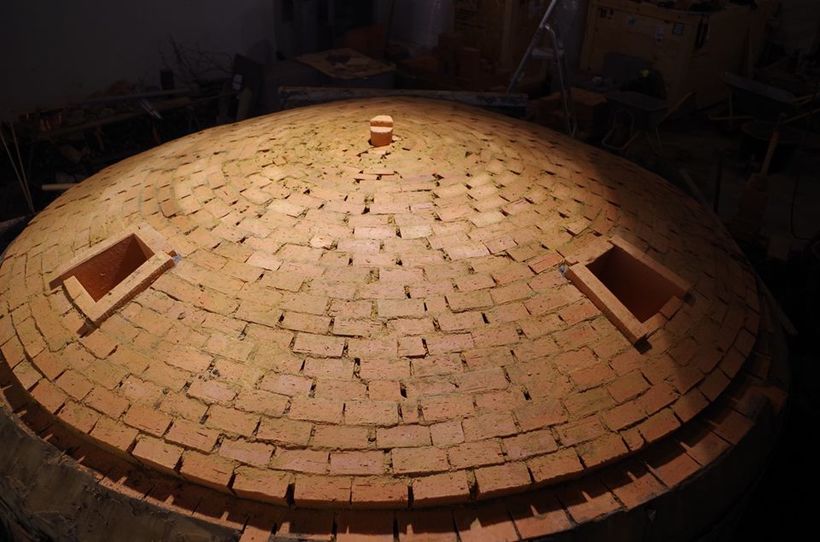 
"I find it important to meet the people I bake for and chat with them," he states. He'd like to encourage a healthier lifestyle in his area by offering a healthy and nutritious product. In May, it will be possible to place orders for bread on the bakery's Facebook page. 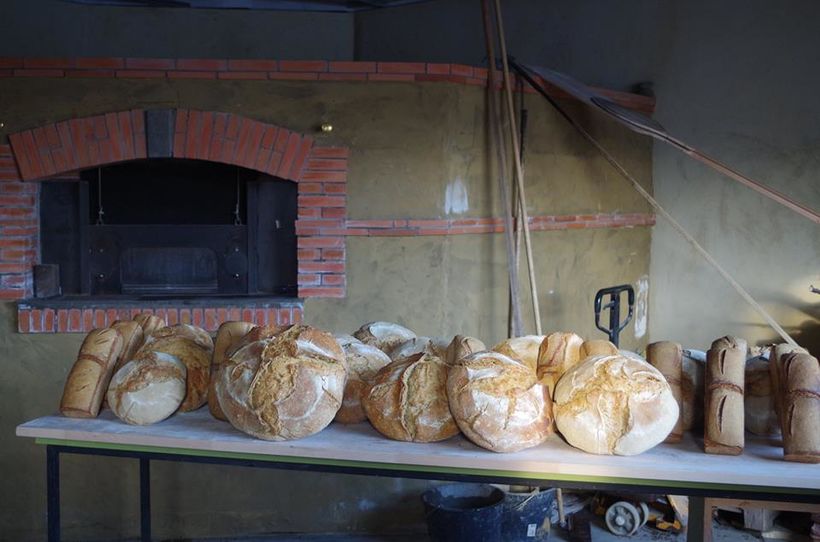 Mathias has adjusted well to life in Iceland. He reports he has been very well received by the community. Right away, he started learning Icelandic, of which he now has a very good command. His students are age six and up. "The kids are excellent teachers. They dare correct me when I say something wrong," he states. In addition to teaching, Mathias regularly goes to France and Germany for his singing career.

He is optimistic he'll find a balance between music, baking and family life.

Here , you can see pictures of the oven being built. 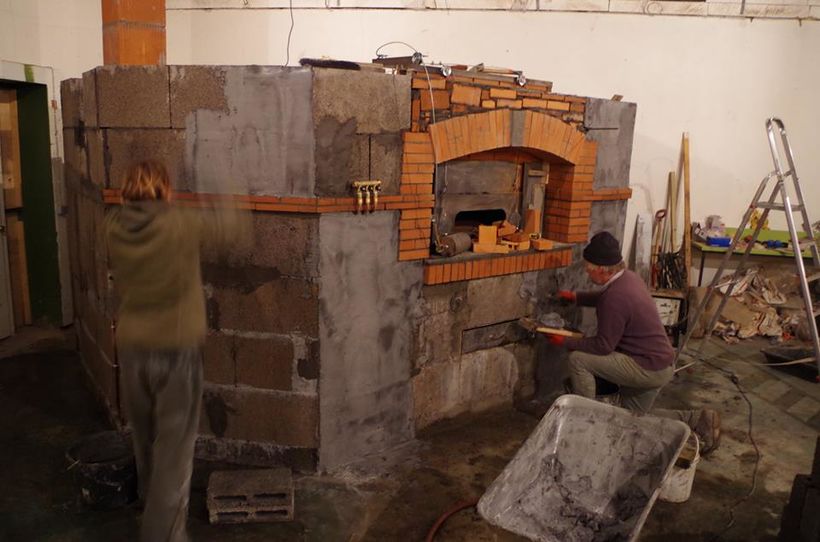 The oven being built. Photo/Contributed