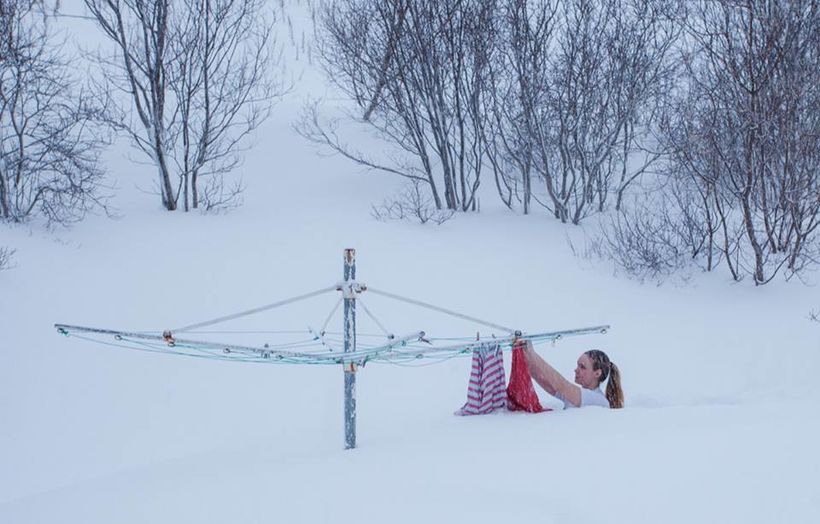 The photo that was shared all across Iceland and beyond. Photo/ Rebekka Guðleifsdóttir

Photographer Rebekka Guðleifsdóttir who lives in Ísafjörður in the West Fjords of Iceland wanted to show her husband, who was weather-trapped in the capital, how much it had snowed overnight and posted a photo of herself hanging out the washing on her Facebook page.

Having the washing line in the photograph was to help people assess the amount of snow she tells Mbl.is.

Rebekka grew up in Florida and then moved to Hafnarfjörður, a town just outside of Reykjavik, so these extreme conditions are quite exotic for her. However, her mother who is from Húsavík in North Iceland had told her stories about such heavy snowfall.

Rebekka's photo has been one of the most shared photos in Iceland in the last 24 hours. She says however that she was not really hanging out the washing.

"Since I moved to Ísafjörður I heard about these kind of winters. But this winter there is a lot, lot more snow than last winter. I can also feel this sense of claustrophobia which people warned me about. There are mountains all around and then it snows and the Súðarvíkurhlíð road becomes impassable." Rebekka says that when she was preparing the photo and shovelling a path towards the washing lines she wondered if her neighbours thought she was crazy.

"But I suppose I've been known to do things like this before. I've taken a lot of selfies, barefoot in snow or wading in water, but my photos have never been shared as much as this one." 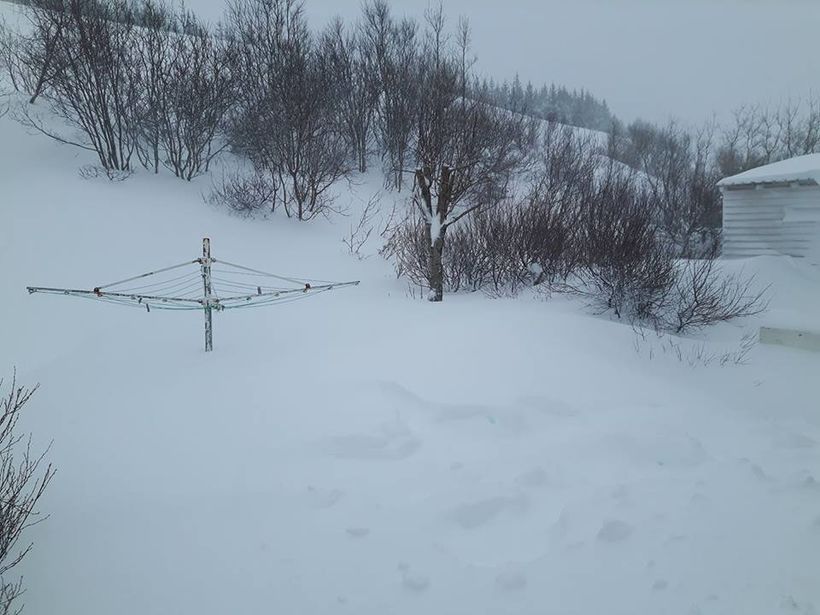