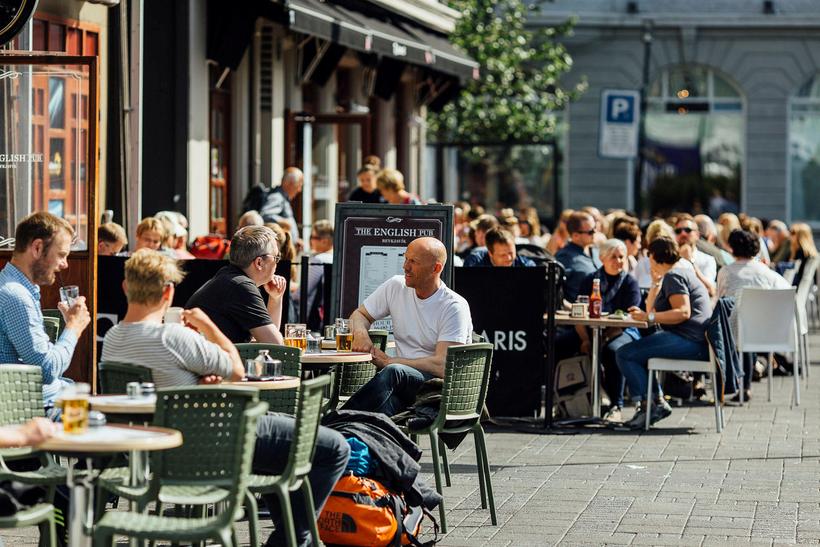 Not quite this warm yet, but at least it's summer! Photo: Iceland Monitor/Styrmir Kári

For a long time after Iceland was settled the year was split into two seasons, winter and summer. The first day of summer is still celebrated in Iceland, and it’s today!

It's one of few all Icelandic festivities. All over the country there are parades led by scouts bearing the Icelandic flag. There is some family friendly entertainment, much depending on the weather (which is traditionally not good on the first day of summer ).

There are parades all over Iceland on the first day of summer, lead by the scouts. Photo: Iceland Monitor/Árni Sæberg

In the past there was a great feast on the first day of summer, not unlike Christmas. With the best food available at the time. Bread was a common summer present, enjoyed at the feast (a grand gift indeed as grain was not cheap or easy to get).

The first day of summer was a holiday and only the most necessary chores were completed. It was also dedicated to young women, in the same style of Bóndadagur (Husband's Day) and Konudagur (Ladies' Day).

First day of the year

Danes banned masses on the first day of summer

There was a tradition to have a mass on the first day of summer, a special Icelandic custom. That stopped in the 18 th century when Danish inspectors were travelling in Iceland in the end of April. They found out there were masses on this day, not special to any other nation than Iceland, and banned it.

Youth clubs took over a big part of first day of summer celebration last century, and today it's dedicated to children.