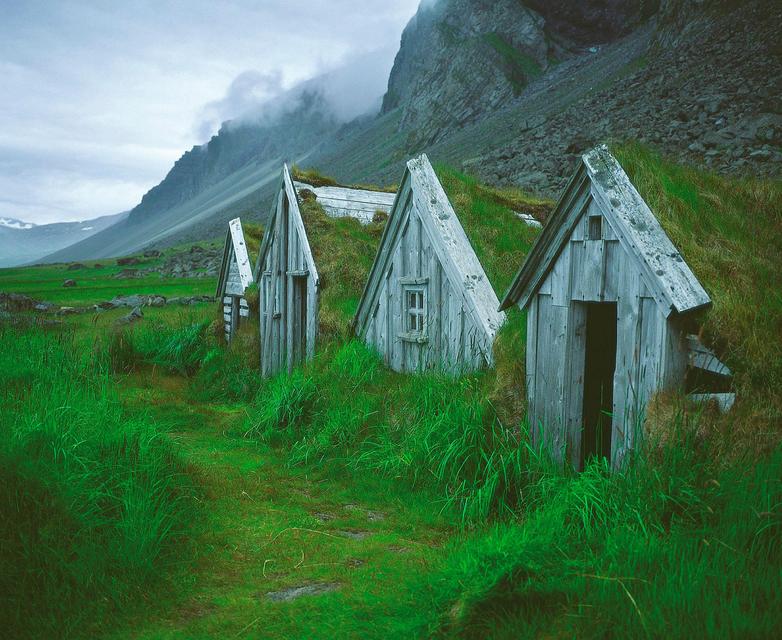 A typical looking Icelandic turf farm. This one, however, was reconstructed for a film set. Photo/ Gísli Sigurðsson

Hallfríður Nanna Franklínsdóttir, the oldest woman in Siglufjörður was born on May 12th, 1916, 100 years ago on a farm in Kollafjörður in the county of Strandir. She's one of the few remaining Icelanders to have been born in a turf house.

Nanna, as she's known, and now dwells in a nursing home in Siglufjörður, is interviewed by today's Morgunblaðið. 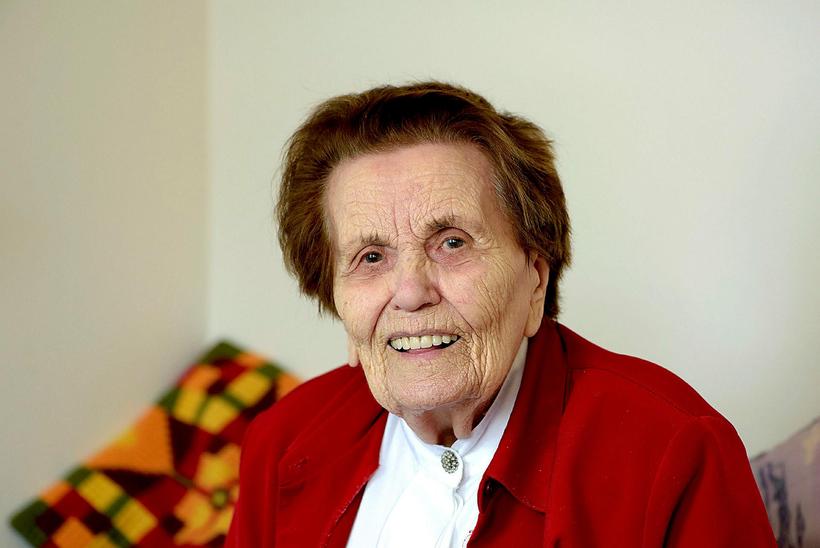 "I eat salted, smoked and pickled food, the good, hearty food that Icelanders have eaten throughout the ages. And I drink copious amounts of whey." Photo/ iceland Monitor

"I was born in a turf farm and people were still living there when I grew up and left," she explains. "I started talking really early. My dad's nan said to my mother when I was almost three years old, "Andrea, it's time you christen the child. She's starting to curse."

She remembers Christmas, when they used a home-made Christmas tree decorated with berry leaves. Presents were usually new socks or new shoes and the family tried to make dinner a bit more fancy than usual. Nanna retains one custom from her childhood Christmas: to keep one light on during the night of Christmas Eve and New Year's Eve.

She learned to play the accordion as a young girl and describes her home as happy, optimistic and welcoming.  Nanna moved to Siglufjörður in 1944, accompanied by her mother and they joined her three sisters who already lived there. She met fisherman Baldvin Guðjónsson and married him in 1946. They had no children, but her husband had a daughter from an earlier relationship. 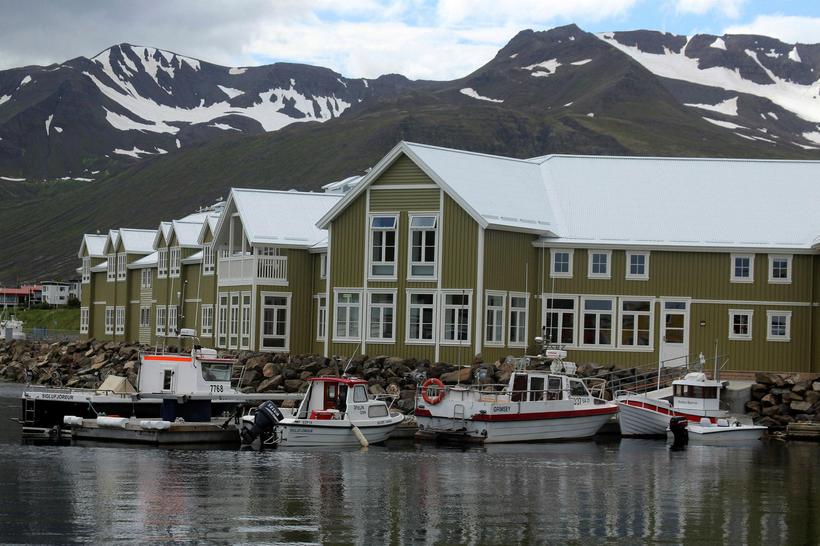 "I was mostly working at the herring factory after I got her," she explains "But at the end of the sixties we opened a small shop which we ran for 14 years. In the beginning the shop didn't have a name and people kept asking me why it wasn't called anything. I answered that we were so poor of imagination here in the north. But in the end it was called Búrið."

Nanna, who celebrates her birthday with a large party today, says that her health is good. "It's always been good. Except I've been having difficulty speaking for around three years now. That makes me sad because I really like to talk. People joke that maybe I've just talked so much in my life that I simply ran out. I've never eaten health food or exercised or anything like that. But I drink milk every day, I eat salted, smoked and pickled food, the good, hearty food that Icelanders have eaten throughout the ages. And I drank copious amounts of whey."

11 tips from a local on Skagafjörður, North Iceland