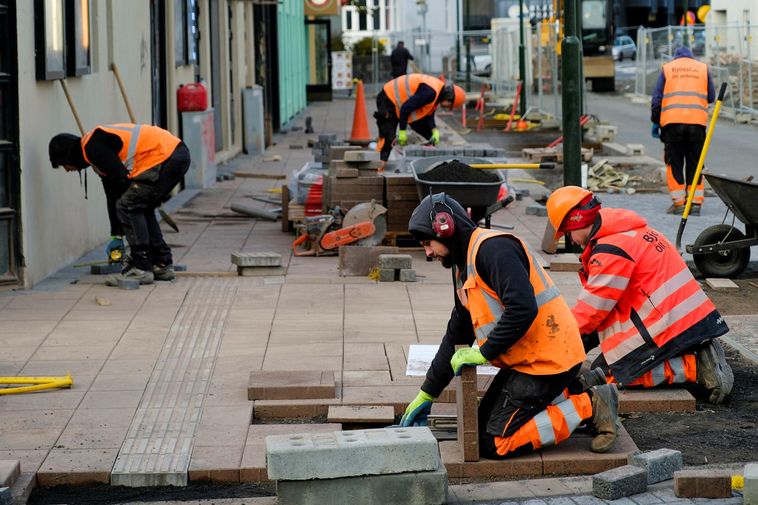 Unemployment in Iceland was 2.8% in October. mbl.is/Kristinn Magnússon

The unemployment rate is not likely to fall below 2.8% in the near term, according to data from Frank Friðrik Friðriksson, an economist at the Directorate of Labor. “The annual seasonal fluctuation of the winter months will then be followed by a slight increase in unemployment,” Friðriksson says.

There were 5,221 unemployed people in the country last month. Of these, 2,430 foreign job seekers were unemployed at the end of October, down 75 from September.

The OECD published figures on the employment situation in the member countries yesterday. It shows that in September, there was on average 4.9% unemployment in OECD countries, 5.1% among women and 4.6% among men. The unemployment rate has remained relatively stable in most of the countries in recent months. In the eurozone, unemployment was 6.6% in September.

In Iceland, it was 4% according to the OECD’s statement, which is based, among other things,  on information from a labour market survey conducted by Statistics Iceland. Comparatively, the unemployment rate in Denmark during this time was 4.5%, 7.3% in Finland, 7% in Sweden and 3.4% in Norway.