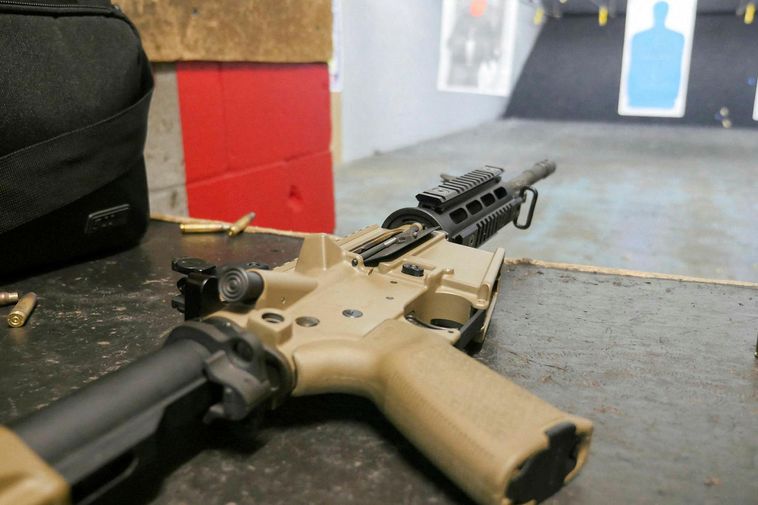 AR-15 semi-automatic rifles are extremely dangerous weapons, and have often been used in mass shootings in the United States. AFP

Gudjón Valdimarsson, the father of the National Police Chief, is alleged to have built and sold illegal semi-automatic rifles.

This information was broadcast on Kveikur show last night at RÚV, where the story of a man who had been convicted in the National Court a year ago was told. The man was convicted for possessing a rifle that is illegal in Iceland, or an AR-15 assault rifle. According to the information presented the man bought the rifle from Valdimarsson for a million and a half ISK.

Four more weeks in custody confirmed in the National Court

The man denied in court that he had changed the rifle. Instead, he said that he had bought a semiautomatic. Valdimarsson was called as a witness and denied having changed the gun.

A search of Valdimarsson’s home was carried out in connection with the police investigation regarding the case of intended of acts of terrorism. The National Police chief resigned from the investigation due to incompetence.

The discussion at Kveiks gives further details about individuals who had purchased identical rifles from Valdimarsson, which were semiautomatic and therefore illegal. A gunsmith later modified these rifles to the legal limit.