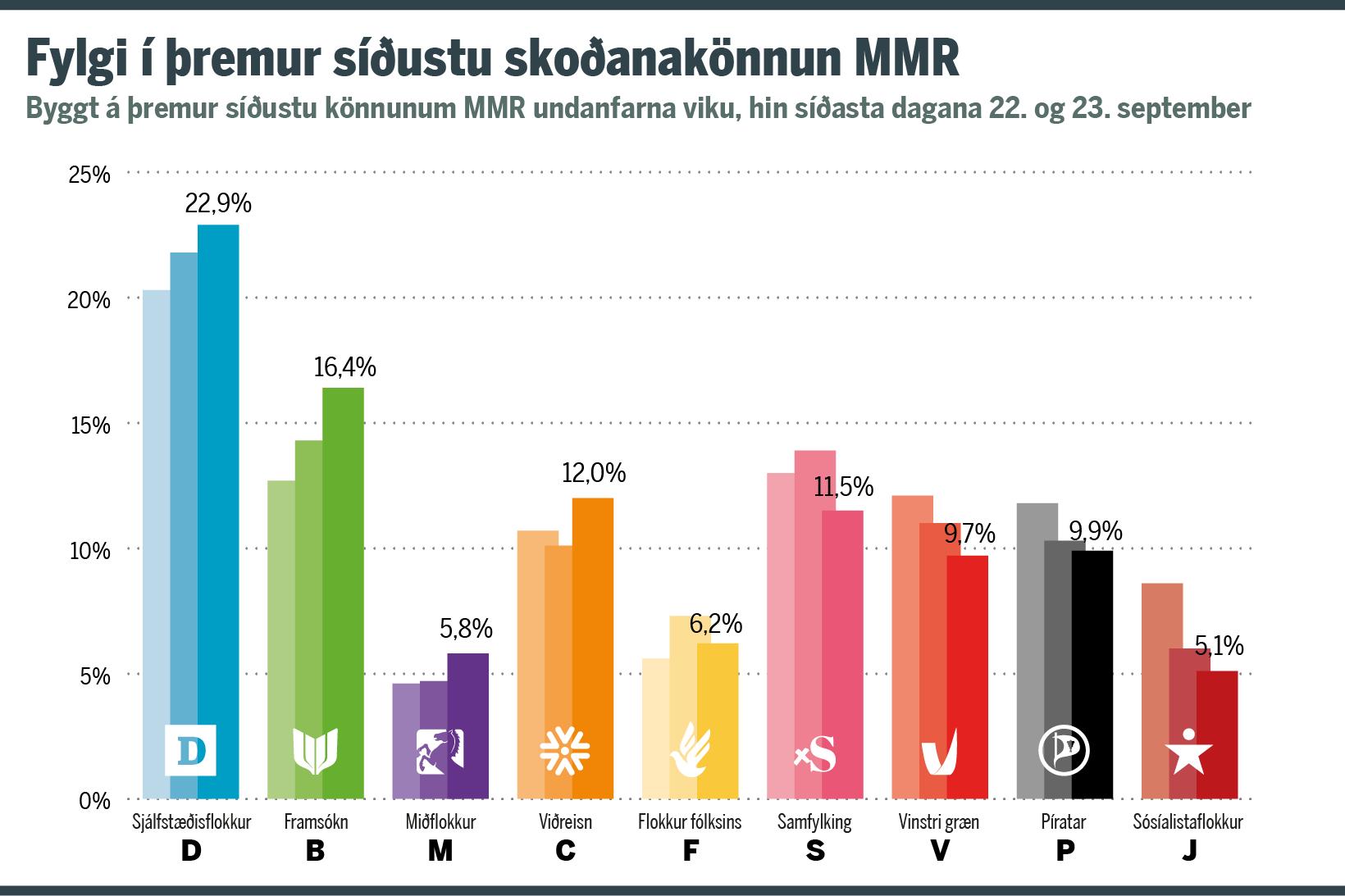 Voter support, as indicated in MMR polls, for nine different political parties. The polls were conducted in the past week, the last one September 22 and 23. The ruling parties are denoted with D,B and V, that is, the Independence Party, the Progressive Party and the Left-Green Movement, respectively. Graf/mbl.is

Parliamentary elections will be held in Iceland tomorrow. There are 63 seats in Alþingi, the Icelandic parliament, so in order for the current three-party coalition government to keep its majority, it would need to win a total of at least 32 seats. There are 11 parties on the ballot, ten of them in all six electoral districts. Nine parties are likely to be represented in Alþingi following the election. 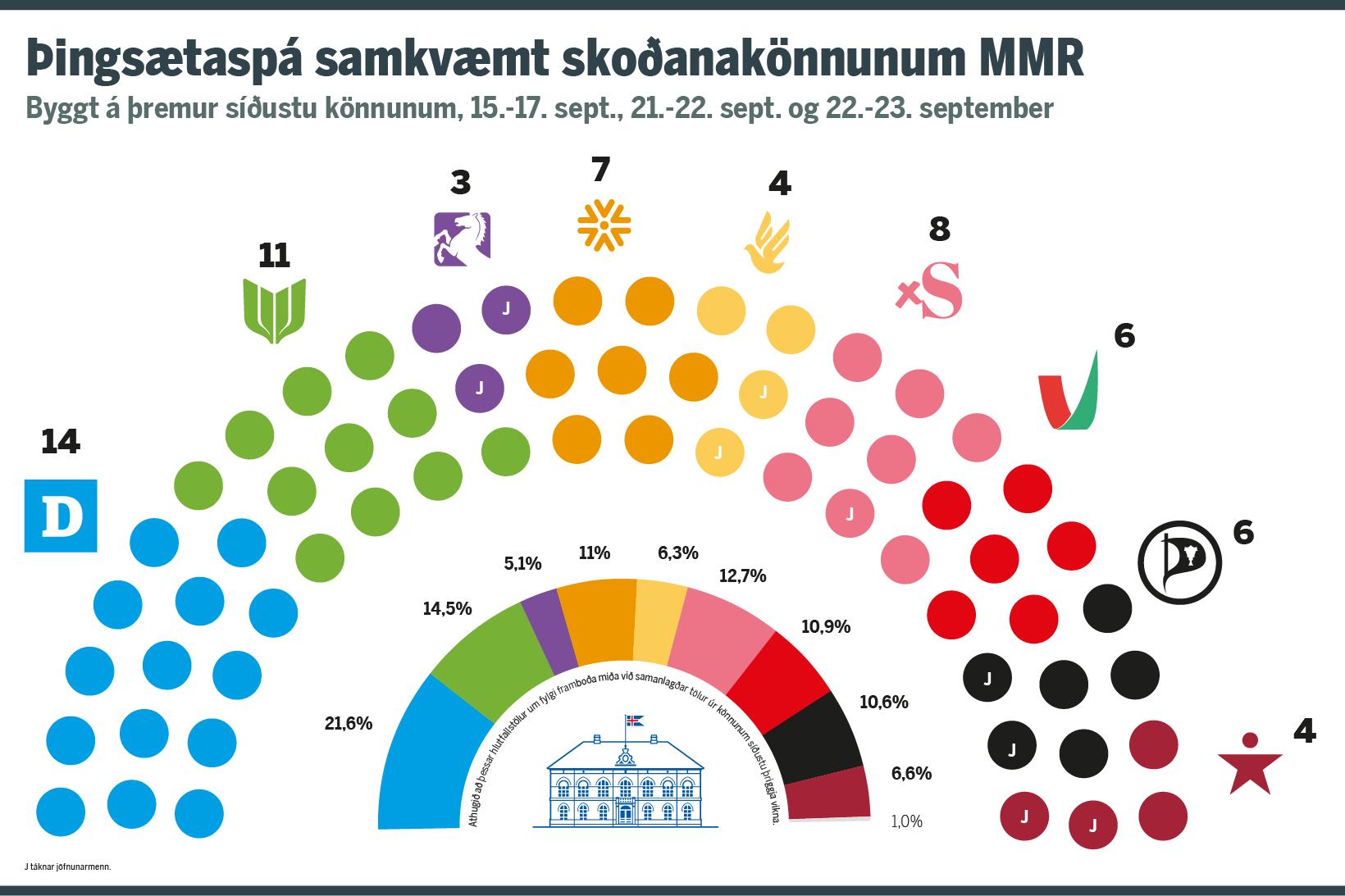 Predicted number of parliamentary seats, according to MMR polls.


According to a new MMR poll, done in cooperation with Morgunblaðið , the Progressive Party and the Independence Party are still gaining support, as in prior MMR polls, Morgunblaðið reports. By contrast, the third party of the current coalition government, the Left-Green Movement, keeps losing support, and based on calculations regarding the number of parliamentary seats, the ruling parties may only win 31 out of 63 seats in parliament – in other words, narrowly lose their majority.

Only a slight change in support is needed, however, for the government to hold onto its majority by winning 32 or 33 parliamentary seats. Clearly, this will be an exciting election night.

Most polling station will open at 9 am and close by 10 pm.

One thing is certain: Forming a government in the wake of the elections will be complicated, since a coalition of three, four or five parties will be needed. The possible ways to form a government are 14, according to Morgunblaðið .

During our last parliamentary elections, October 28, 2017, voter participation was 81.2 percent.

For a list of the political parties and more, see here .