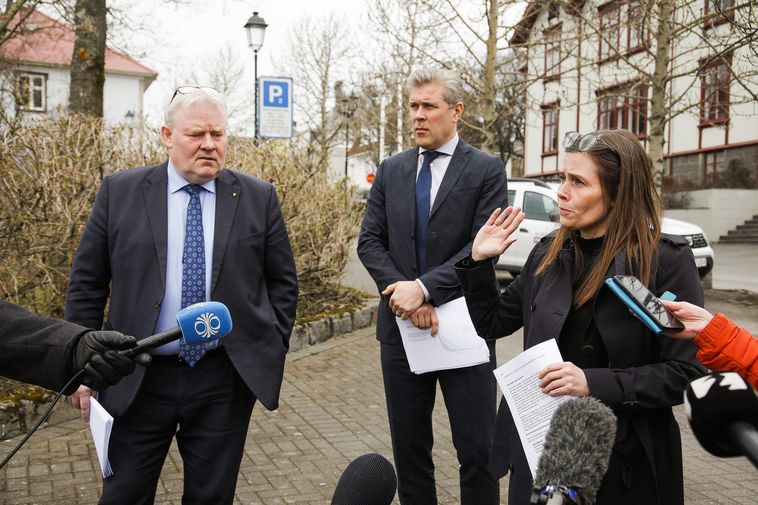 The Icelandic government approved the suggestions of a committee on refugee affairs at a meeting this morning. mbl.is/Arnþór
Vala Hafstað
vala@mbl.is

The Icelandic government has approved suggestions made by a committee on refugee affairs in response to the situation in Afghanistan in the wake of the Taliban takeover there, mbl.is reports.

It is estimated that up to 120 refugees will be received in Iceland, but a final number has not been determined.

The committee convened on the request of Minister of Social Affairs and Children Ásmundur Einar Daðason to provide suggestions to how to react to the emergency situation in Afghanistan.

The committee has suggested providing support to families already in Iceland who have the right to be united with family members in Afghanistan. An emphasis will be placed on assisting individuals in extreme danger due to their jobs in Afghanistan, be they for NATO or in the field of equal rights.

It is suggested that the following groups be invited to Iceland:

Employees who worked with and for NATO, along with their spouses and children.

Former students of the United Nations Gender Equality Studies and Training Programme in Iceland from Afghanistan, along with their spouses and children.

Furthermore, Icelandic authorities will assist those Afghans who have the right to be united with their families, or who already have a residence permit in Iceland, but cannot travel to the country on their own. Some of those have family connections in Iceland, while others plan to come here to study.

Finally, applications to unite families of Afghans residing in Iceland shall receive priority and the processing those applications shall be sped up.