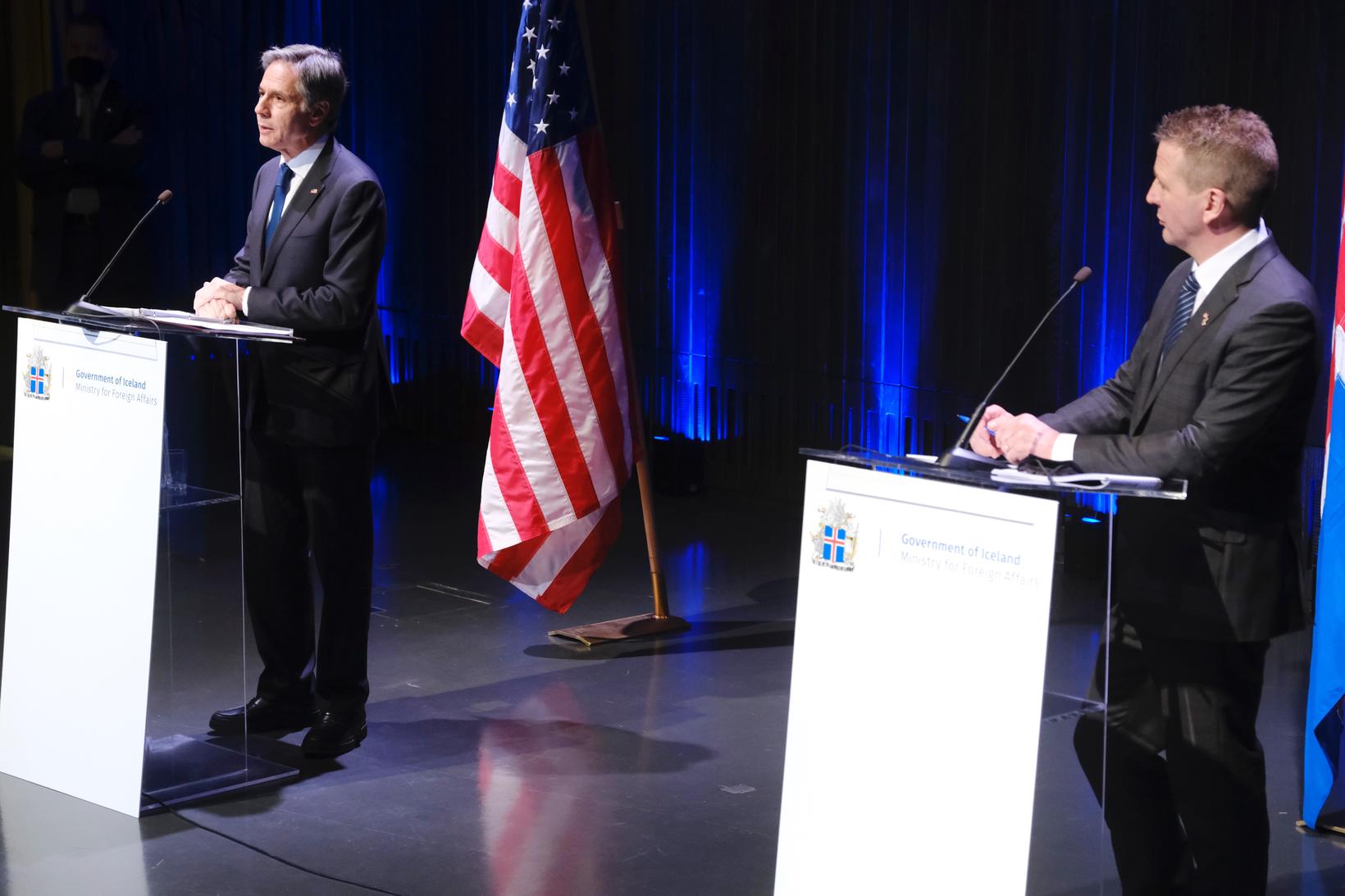 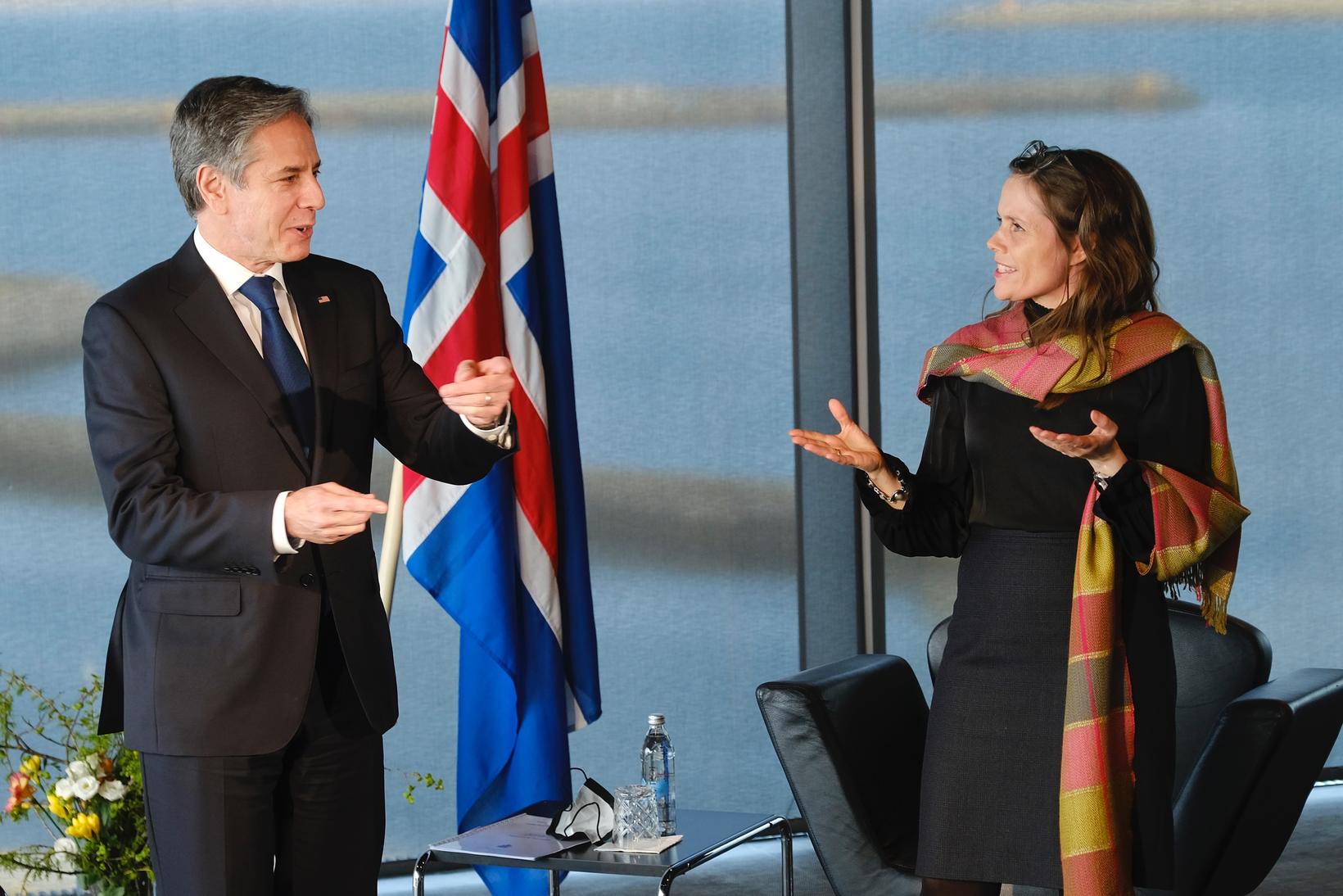 
Blinken arrived in Iceland Monday night. He will be attending the 12th Ministerial meeting of the Arctic Council at Harpa Concert Hall tomorrow – a meeting held every two years. Due to the COVID-19 pandemic, participation in the meeting is limited to the foreign ministers of the eight Arctic States, as well as the foreign ministers of the Faeroe Islands and Greenland and representatives of the Indigenous Permanent Participants. Other participants will join the meeting online. 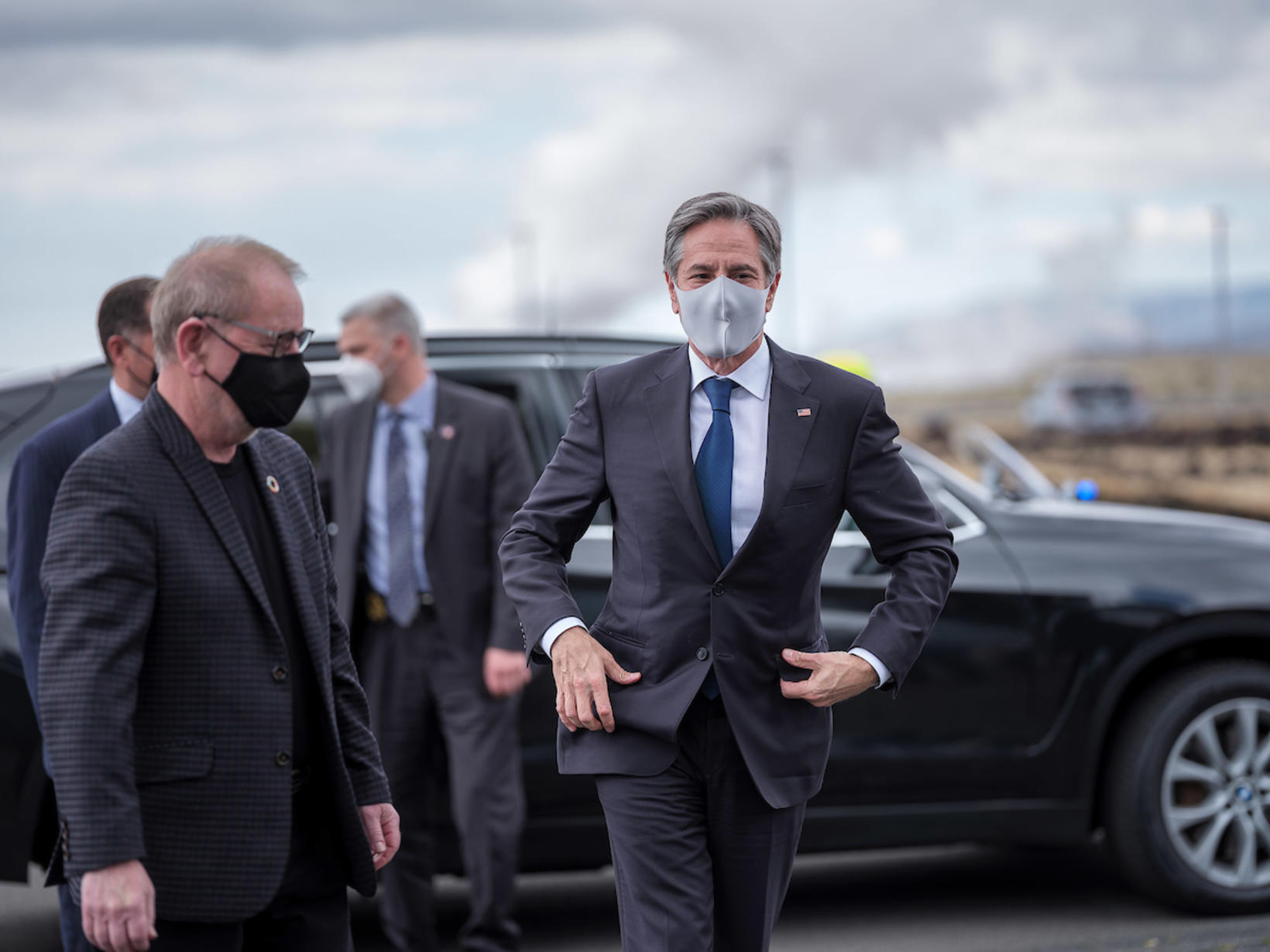 At a press conference following yesterday’s meeting, Guðlaugur stated he was pleased that the US is now increasingly participating in international cooperation. He added that he noted a change in the country’s policy in that regard and called the US the leader of the free world. He stressed the importance of international agreements.

Blinken visited Hellisheiði geothermal power station, Southwest Iceland, yesterday, where he was informed about the carbfix project, where CO 2 is converted into stone. Carbfix dissolves CO 2 in water, injects it into the subsurface and turns it into stone in less than two years through proprietary technology. For more information, see here .

After meeting with Blinken, Prime Minister Katrín noted she was surprised by two things: “I notice a very different tone when it comes to climate issues,” she stated, “and strong interest in possibilities and increased cooperation in that area. In addition, there was interest in discussing equal rights, which I welcomed.”

During Blinken’s meeting with Icelandic authorities at Harpa Concert Hall, a group of demonstrators gathered outside the building to protest the situation in the Middle East. “I discussed the position of Icelandic authorities regarding this issue,” Katrín stated, “ – that we have recognized Palestine as an independent state and that we stress the importance of a two-state solution, and how essential it is for the superpowers to exert themselves.”