From the protest. mbl.is/Árni Sæberg

Between 3,500 and 5,000 people gathered in Austurvöllur square, Reykjavík, yesterday to express solidarity with those who have in recent days protested against police brutality toward black people in the US, mbl.is reports. This was the largest gathering in Iceland since a ban on public gatherings was first imposed in mid-March.

Worldwide protests were sparked by the death of George Floyd, who died in Minneapolis May 25 after a police officer had kept his knee on his neck for close to nine minutes, suffocating him. The officer has been charged with second degree murder. 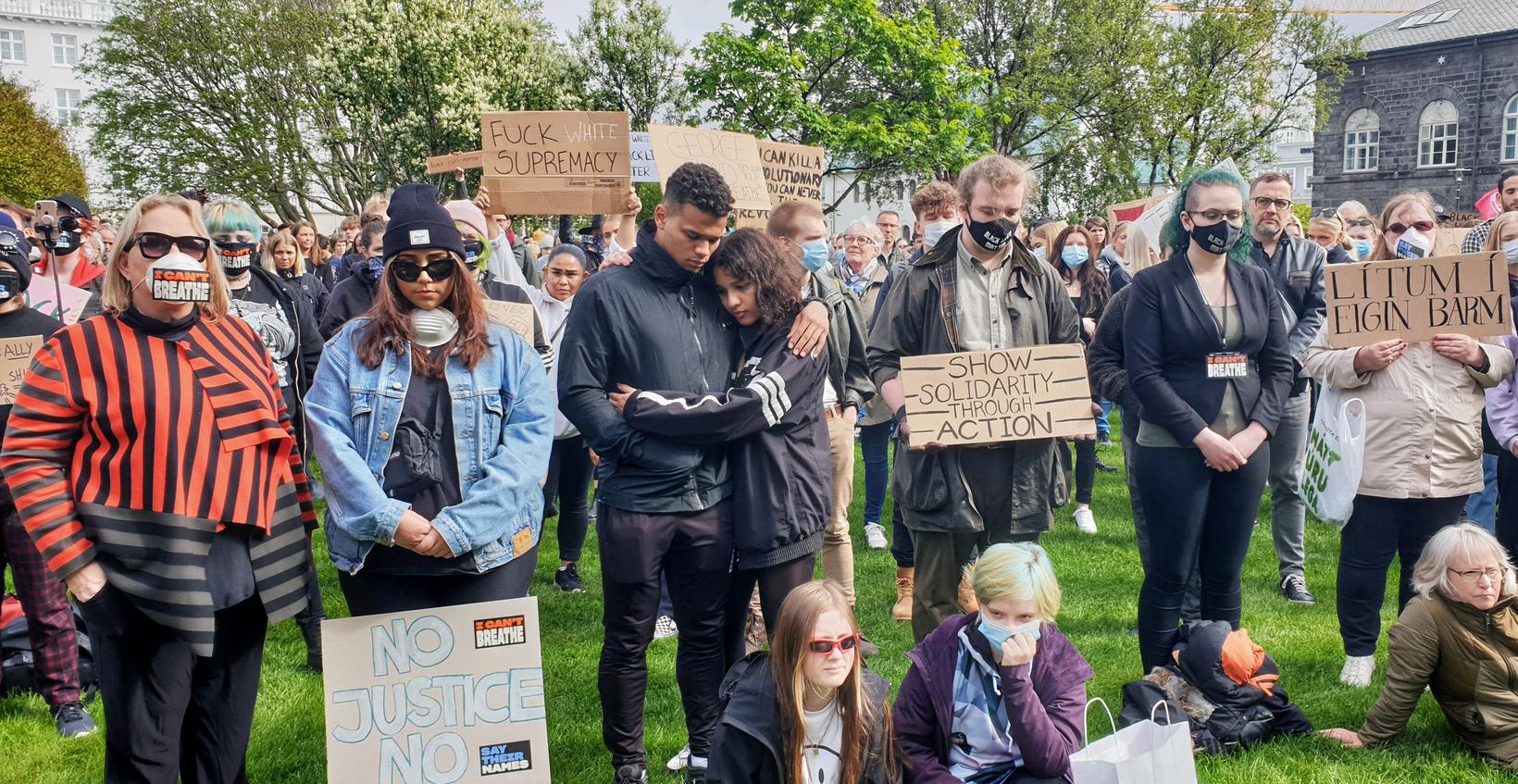 The peaceful protest began with the reading of names of black people murdered at the hands of police officers in the US. Thereafter, the crowd observed eight minutes and 46 seconds of silence - the amount of time the police officer thrust his knee against Floyd’s neck. Then, black Americans living in Iceland gave their own accounts.

At the end of the protest, the crowd sang Sam Cooke’s song “A Change Is Gonna Come.” “My brothers and sisters are tired. Tired of asking for this to stop,” Jeffrey Guarino, one of the event’s organizers, stated, referring to police brutality in the US.

Protestors interviewed by mbl.is stated that even though police brutality does not exist in Iceland, racism is still a problem in our country and that it is ours to solve. They believe Icelanders are becoming more aware of this problem through increased discussion.

A young couple expressed the opinion that racism in Iceland is simply less obvious than abroad.