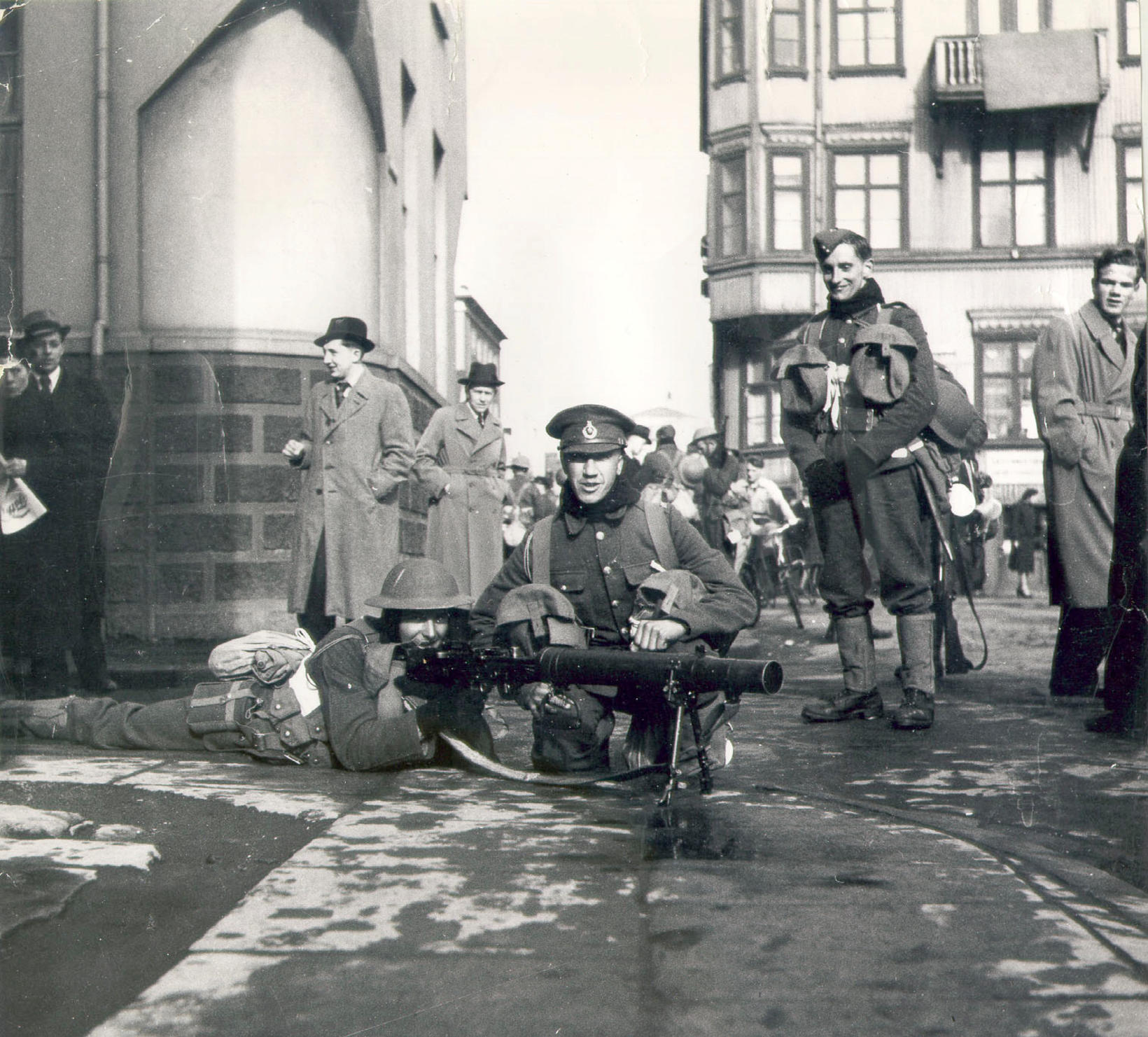 A famous photo from May 10, 1940. British soldiers on Kirkjustræti street in Reykjavík and curious passers-by. Photo/Svavar Hjaltested. Posted with permission from Erla Hjaltested.

Yesterday, May 10, 80 years had passed since Iceland was occupied by British forces during World War II. Morgunblaðið remembers the occupation in a detailed article. The goal of the British was to prevent Germany from occupying Iceland and creating a base here for its fleet and air force.

Later in the summer of 1940, more than 2,000 Canadian soldiers arrived to support the British. In 1941, when the forces were the largest, they counted 28,000 British soldiers. 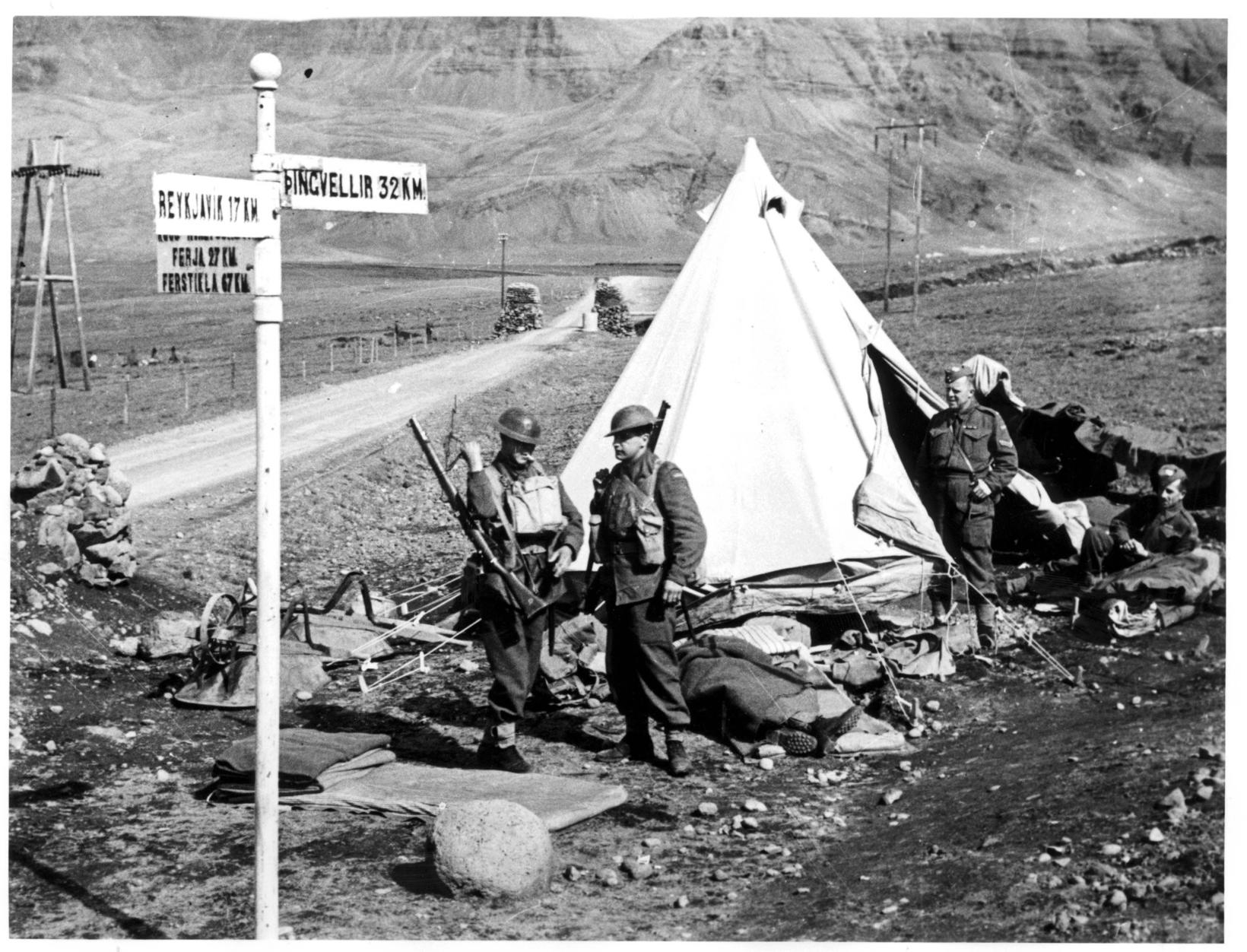 Armed soldiers by the road to Þingvellir. Morgunblaðið/Ólafur K. Magnússon

As a result of an agreement made between Iceland and the US in 1941, US soldiers gradually replaced the British ones. In the summer of 1943, a total of 50,000 British and US soldiers were stationed in Iceland – 80 percent of them in Southwest Iceland. At the time, the population of Iceland was only 120,000 and that of Reykjavík only 40,000.

The occupation brought along major changes in Iceland, which had been plagued by recession and unemployment for most of the 30s. Following the arrival of the forces, there was ample employment, since numerous projects were started. In addition, foreign trade agreements were made with the UK and the US. 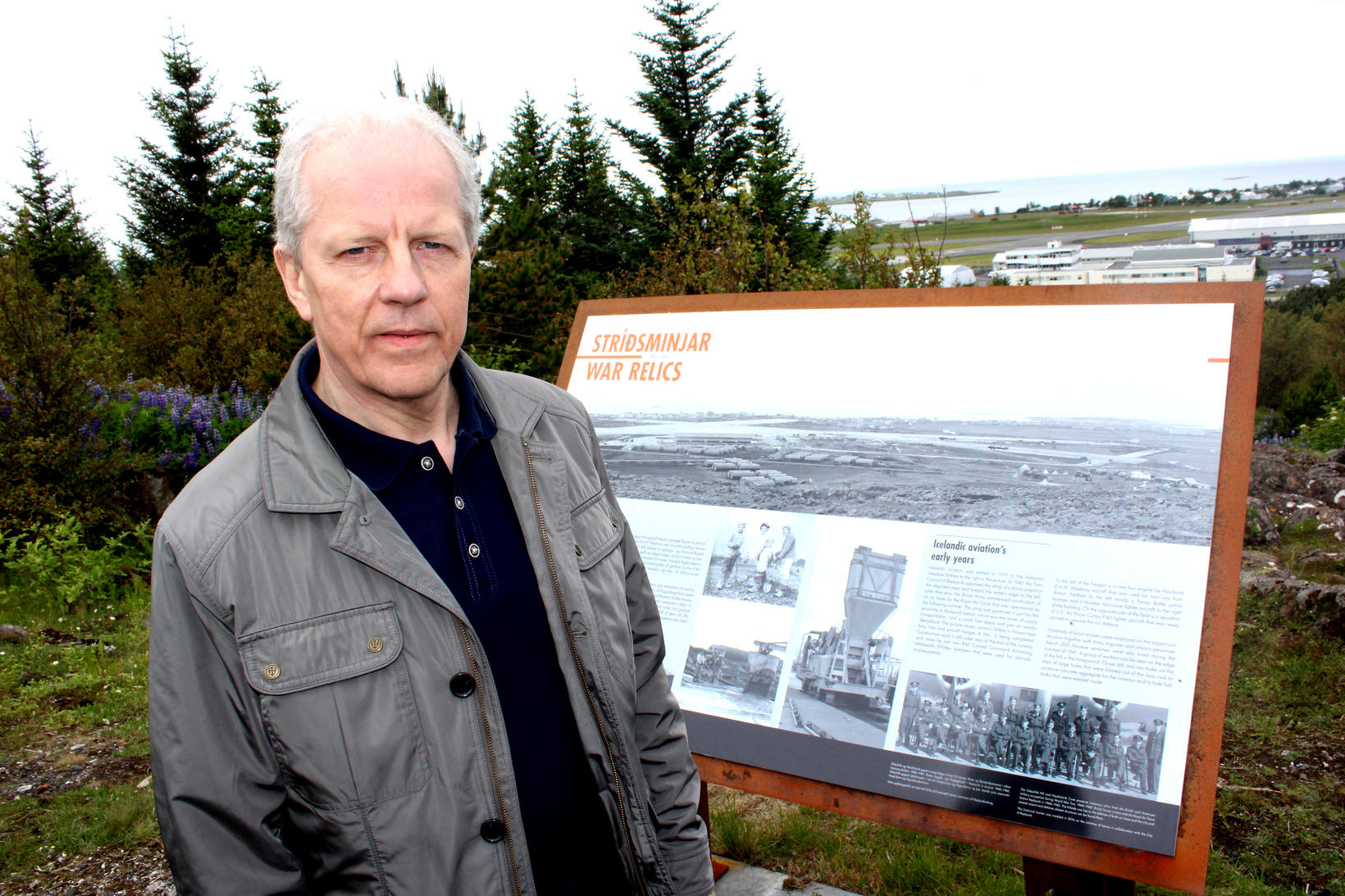 Reykjavík Harbor played a key role in terms of shipments to the country. The British forces built airports in Kaldaðarnes and Reykjavík, and the US forces built an airport in Keflavík. Hvalfjörður fjord played an important role for convoys, headed with military equipment and supplies from the UK and the US to Soviet harbors on the Kola Peninsula and in the White Sea in 1941 and 1942.

According to Friðþór Eydal, who has written books about Iceland in World War II, 151 Icelanders died during the war, while the Allies lost nearly 900 members in the vicinity of Iceland. By the end of the war, 510 foreign soldiers and sailors had been buried in Iceland. Of those, 200 were from the US, whose remains were later transported to the US.