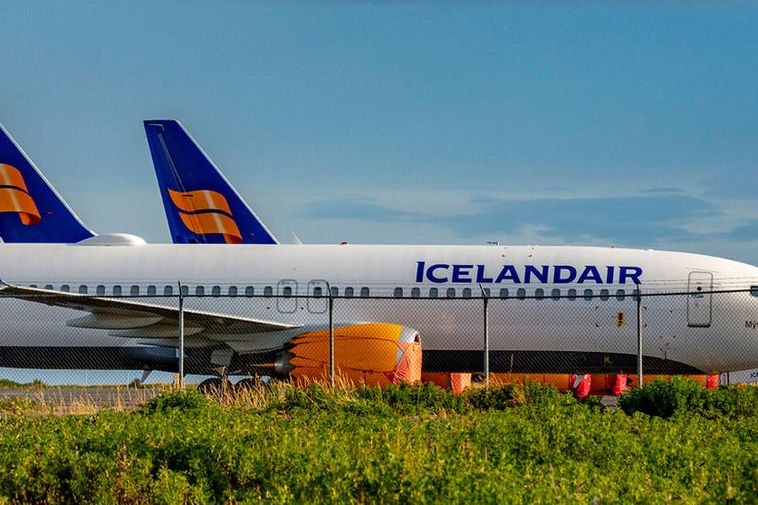 Icelandair is planning to lay off numerous employees by the end of this month, Morgunblaðið reports. According to Jón Þór Þorvaldsson, head of the Icelandic Airline Pilots Association, up to 90 percent of Icelandair’s employees could lose their jobs.

Due to limited operation, caused by travel bans imposed to slow the spread of the COVID-19 pandemic worldwide, about 92 percent of the airline’s employees are already working at a reduced employment ratio, where Icelandair pays 25 percent of their salary and the Icelandic State pays 75 percent.

Once the airline lays people off, it must cover their salary during the three-month notice period. Óli Björn Kárason, chairman of Alþingi’s Economic Affairs and Trade Committee, tells Morgunblaðið he thinks it would be sensible for the State to help finance part of the pay for the notice period.

Óli Björn finds it worth looking into for the State to help companies in this way in such a situation. Otherwise, the companies could face bankruptcy, in which case the State would have to pay the employees unemployment benefits anyway. “Either way, it’s a deplorable situation,” he states, but adds that he is opposed to the State’s becoming a stakeholder in the airline.

“That’s out of the question,” he states. “You could argue that it might make sense for the State to provide a subordinated loan, enabling the company to strengthen its capital position, but that would require present stakeholders and financers to participate as well,” he explains.

Minister for Transport and Local Government Sigurður Ingi Jóhannsson tells mbl.is that the government has neither promised Icelandair financial assistance from the State, nor has it detailed what prerequisites must be met for potential support, such as by ruling out state aid unless new equity capital has been obtained.