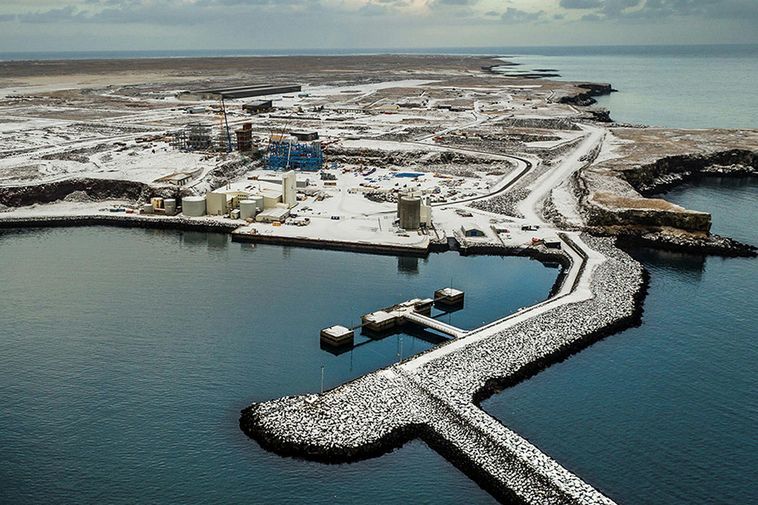 There is interest among officials at Reykjaneshafnir harbors to make Helguvík Harbor, on the Reykjanes peninsula, Southwest Iceland, suitable for receiving NATO vessels, in connection with NATO facilities at Keflavík International Airport.

Harbormaster Halldór Karl Hermannsson tells Morgunblaðið that this project is “not just on the drawing board, but way beyond that.” Still, preparatory work is solely on behalf of harbor authorities and, to his knowledge, it has not formally been planned by NATO.

He adds, however, that NATO representatives, who have visited the country, have looked at conditions at the harbor. “And subsequently, we have been interested in devising how we could better service these parties, since conditions at Helguvík Harbor are unique for the country as a whole. The potential is there for receiving large and long vessels, in addition to the ideal cooperation with the airport. This certainly presents an opportunity for buildup,” he adds.

No formal request in this regard has been received from NATO, but Independence Party MP Ásmundur Friðriksson stated at a party meeting in Reykjanes last night that Iceland’s NATO partners have been “calling for” such a project. He believes that if realized, it could have a positive economic impact in the area, which has seen unemployment rates soar recently.

Rósa Björk Brynjólfsdóttir, 1st deputy chairman of Alþingi’s Foreign Affairs Committee and MP for the Left-Green Movement, states that such a project would require a detailed and formal discussion before work were to begin, since military buildup in Icelandic harbors is a serious matter. She encourages the residents of Reykjanes to be more broadminded in their search for a solution to their unemployment problem.