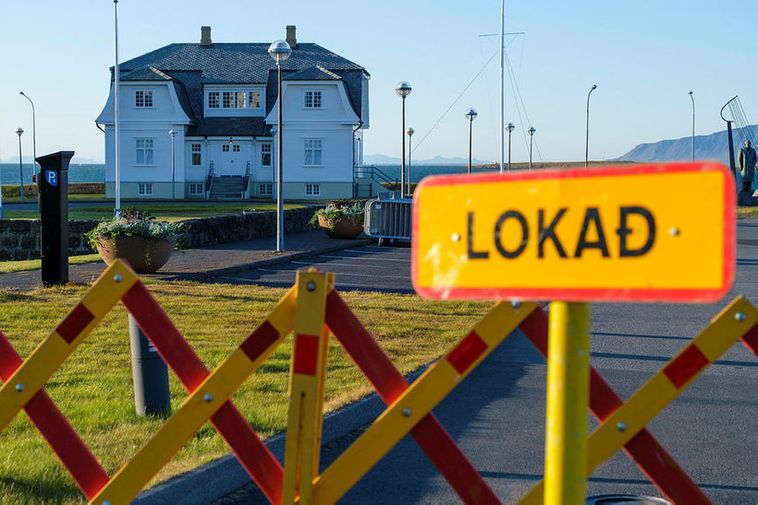 Traffic will be interrupted in Reykjavík today, due to the arrival of US Vice President Mike Pence. According to his schedule, he will arrive at Keflavík International Airport at 12:45 pm, coming from Ireland.  There, he will address reporters.

Pence and his wife, Karen Pence, will be meeting with President Guðni Th. Jóhannesson and First Lady Eliza Reid at Höfði house at 2 pm, followed by a roundtable discussion on trade and investment between the United States and Iceland.

At Keflavík Airport, the vice president will participate in a briefing on North Atlantic security and meet with Prime Minister Katrín Jakobsdóttir at 6:45 pm. At 7:40 pm, Pence and his wife will leave Iceland for London.

Chief Superintendent Ásgeir Þór Ásgeirsson tells mbl.is that the main street closures in Reykjavík will be in the vicinity of Höfði house in Borgartún. Streets surrounding the house – part of Sæbraut, Borgartún, Kringlumýrarbraut and Snorrabraut – will be closed for most of the day. “There will be major delays,” he warns. “This is a complicated operation, calling for additional staff from other police departments. The assignments are many, and the security requirements are strict,” he adds.

In addition, there are bound to be traffic delays on Reykjanesbraut – the road from Keflavík International Airport to Reykjavík – while the vice president and his entourage drive through.