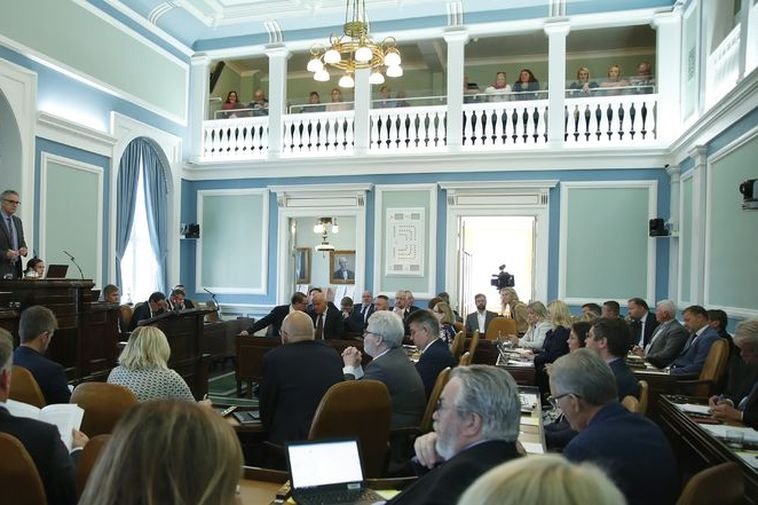 The European Union’s energy market legislation, known as the third energy package, was overwhelmingly approved by Alþingi, the Icelandic parliament, shortly before noon, mbl.is reports. The legislation aims at improving the functioning of the internal energy market and resolving certain structural problems.

Forty-six members of parliament voted for it, while 13 opposed. MPs representing the governing parties - the Left-Green Movement, the Independence Party and the Progressive Party - voted for it, in addition those of the Social Democratic Alliance, the Reform Party and the Pirate Party, with the exception of Ásmundur Friðriksson, MP for the Independence Party, and Jón Þór Ólafsson, MP for the Pirate Party.

The Centre Party, in particular, had vehemently opposed the passing of this legislation. Its members voted against it, as was to be expected, as did the People’s Party.

Prime Minister Katrín Jakobsdóttir stressed that clear provisions were made in the legislation regarding an electric marine cable. She has repeatedly stressed that the passing of the legislation does not require Iceland to approve the installation of such a cable. Such a decision, she has stated, would be entirely in the hands of Alþingi, the Icelandic parliament. Finance Minister Bjarni Benediktsson noted that the whole issue was about Iceland’s participation in the European Economic Area.

Ásmundur Friðriksson, MP for the Independence Party, was of the opinion that the issue revolved around the right of the nation to self-determination.