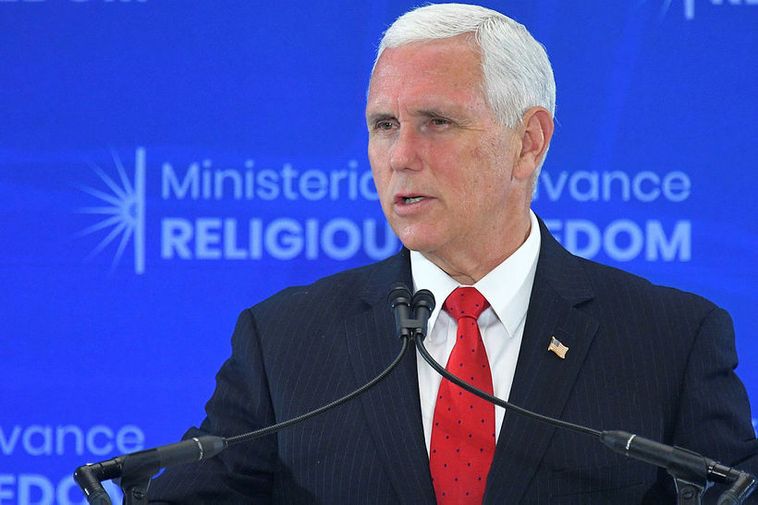 More than one hundred Icelandic police officers - including all members of the Special Forces of the National Commissioner of the Icelandic Police, representatives from the bomb squad and from the flight operations department of the National Coast Guard - will take part in handling the security of US Vice President Mike Pence, when he arrives in Iceland on a state visit Wednesday, Morgunblaðið reports.

In addition, more than 200 US citizens, including representatives from the US Secret Service and soldiers, are expected here in connection with the visit. Some have already arrived. According to Morgunblaðið’s sources, additional military equipment is expected, among them military aircraft. Two military helicopters arrived before the weekend, as reported earlier.

Specially equipped Sikorsky UH-60 medical helicopters will be on stand-by in Keflavík. In addition, specially equipped vehicles, for transporting the vice president, are expected to be flown to the country on board military transport planes.

Morgunblaðið has learned that US security forces even wanted to bring in specially trained bomb detection dogs. That would go against the law on the import of dogs, which calls for a four-week quarantine. Chief Veterinary Officer Sigurborg Daðadóttir states that inquiries were sent, but no formal request made.

US official have requested street closures in Reykjavík during Pence’s stay, but those have not been confirmed.

“According to information we have obtained, the schedule of the visit has not been changed,” states María Mjöll Jónsdóttir, head of the media department of the Ministry for Foreign Affairs. There had been talk earlier of Pence extending his visit by a day to be able to meet with Prime Minister Katrín Jakobsdóttir, who will be abroad September 4, due to a previous engagement. Thus, it appears they won’t be able to meet.

The schedule of the visit has not been revealed, other than Pence will attend a forum on trade between the two countries. According to Morgunblaðið’s sources, the vice president will also meet with Minister for Foreign Affairs Guðlaugur Þór Þórðarson at Höfði house – the site of the 1986 summit meeting between US President Ronald Reagan and Soviet Union Leader Mikhail Gorbachev. Reykjavík Mayor Dagur B. Eggertsson will meet with Pence there as well.

Morgunblaðið reports that Pence is expected to arrive in Iceland Wednesday morning, have lunch with President Guðni Th. Jóhannesson at Bessastaðir, the presidential residence, and leave the country in the afternoon.