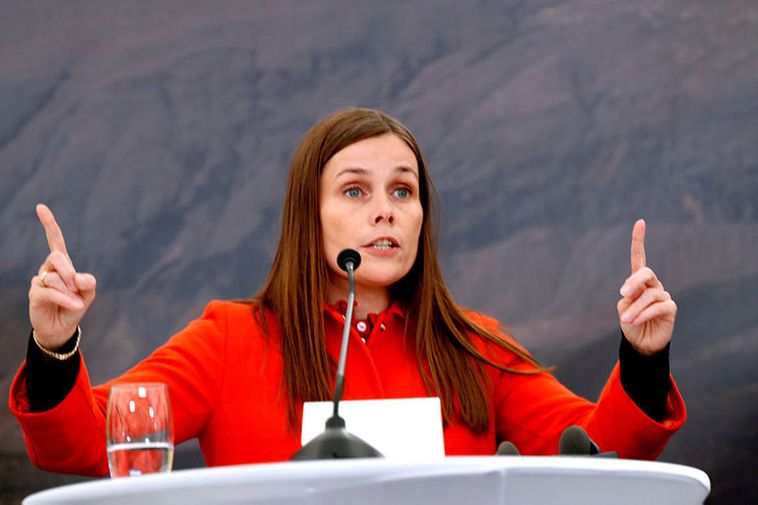 Icelandic Prime Minister Katrín Jakobsdóttir won’t be home when US Vice President Mike Pence visits Iceland on September 4. She will be in Malmö, Sweden, attending the Council of Nordic Trade Unions.

Her decision to prioritize this way has caught attention worldwide. “Several months ago, I agreed to be the keynote speaker at the Council of Nordic Trade Unions, which happens to take place those days, and I haven’t seen any reason to change that plan,” she told Morgunblaðið on August 17.

The decision to attend the conference was, therefore, made long before US President Trump canceled his state visit to Denmark, due to the Danish PM’s calling his idea of purchasing Greenland from Denmark “absurd.” Still, Russia Today wonders if Katrín is with her decision showing Nordic solidarity.

Pia Hansson, head of the Institute for International Affairs, told RÚV TV’s Kastljós news analysis program last night that Katrín is not the one hosting Pence’s visit. The host, instead, is Minister for Foreign Affairs Guðlaugur Þór Þórðarson, and his ministry organizes the visit.

Pence will be the third US vice president to visit Iceland. Morgunblaðið sought the reaction of politicians and political science experts. Ólafur Þ. Harðarson, professor of political science at the University of Iceland, called her decision “unusual.” “This has clearly caught considerable attention abroad, and it’s clear that many interpret this as her way of expressing her attitude toward the Trump administration, whether that’s right or wrong,” he added. Ólafur does not expect the PM’s decision to damage relations long-term between Iceland and the US.

Party group leaders in Alþingi, the Icelandic parliament, differed in their views. Those representing the governing parties agreed that Katrín had explained her decision well, and the party group leaders of the People’s Party and the Pirate Party shared their opinion.

Hanna Katrín Friðriksson, party group leader for the Reform Party, expressed her surprise at the PM’s decision and stated she should have used the chance to discuss important issues with the vice president, concerning the climate and national defense.