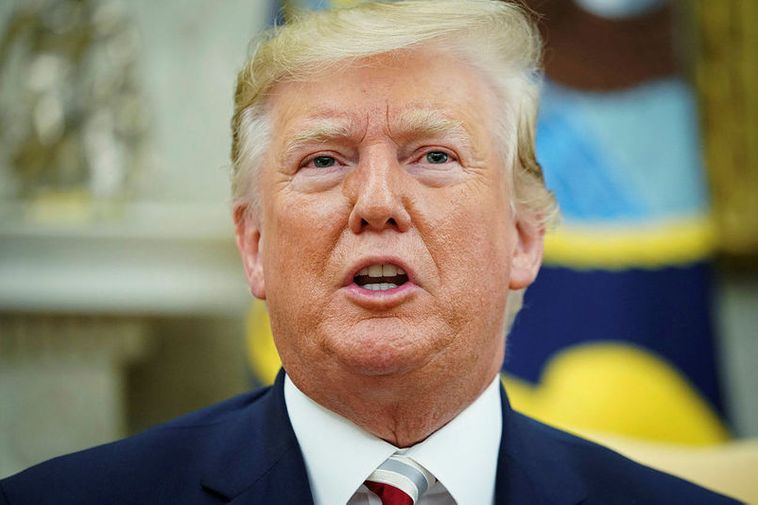 US President Donald Trump has announced on Twitter that he is postponing his state visit to Denmark, where he had been invited by Denmark’s Queen Margrethe II on September 2. The reason he gives for his decision is that Danish Prime Minister Mette Frederiksen has no interest in discussing with him the purchase of Greenland by the United States, mbl.is reports. Trump had described the potential purchase as a “large real estate deal.”

....The Prime Minister was able to save a great deal of expense and effort for both the United States and Denmark by being so direct. I thank her for that and look forward to rescheduling sometime in the future!

The president’s interest in purchasing the autonomous Danish territory and the world’s largest island was first revealed August 15, in an article in the Wall Street Journal and subsequently confirmed by Trump.

“This discussion is ridiculous,” Frederiksen told Danish state-run broadcasting service DR August 18, referring to Trump’s suggestion. She said this while on her first official visit to Greenland. “Kim Kielsen [head of the government of Greenland] has of course made it perfectly clear that Greenland is not for sale, so this is the end of the discussion. There are, however, numerous other subjects we’d like to discuss with the US president,” Frederiksen continued.

DR’s foreign correspondent in the US, Lillian Gjerulf Kretz, states that the cancellation not only is a violation of all diplomatic communication rules, but that it could severely affect relations between the two countries, mbl.is reports. Canceling a state visit is only justified if there is a death in the family or if national security is at stake, she notes.

US Ambassador to Denmark Carla Sands appears not to have been notified, for this is what she tweeted a few hours before Trump’s announcement on Twitter: