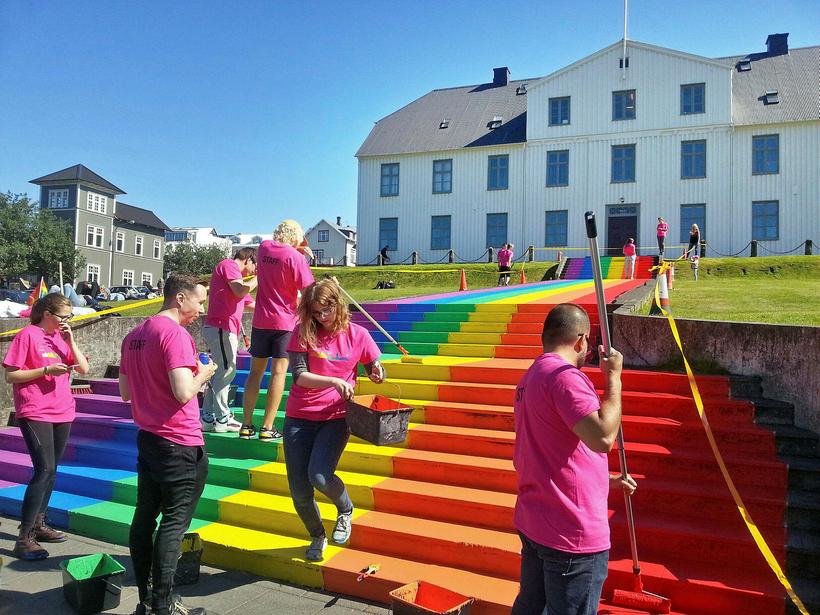 A rainbow being painted on the steps of Menntaskólinn í Reykjavík junior college in 2016. For several years, rainbows have been painted at various locations in Reykjavík around Gay Pride, but they have been washed away after the festivities. mbl.is/Ómar

The Reykjavík City Council has unanimously voted to approve a proposition to have a permanent rainbow painted on a street in Reykjavík, mbl.is reports. The city’s environment and zoning division has been asked to suggest a location for the rainbow.

Líf Magneudóttir, a city council member for the Left-Green Movement, welcomes the approval.  On her Facebook page, she writes, “This is at once a beautiful and fun proposal, which also shows strong support for diversity in our society and for the battle for gay rights, because that’s what Reykjavík is all about. It’s a city for all of us. It’s a gay city.” 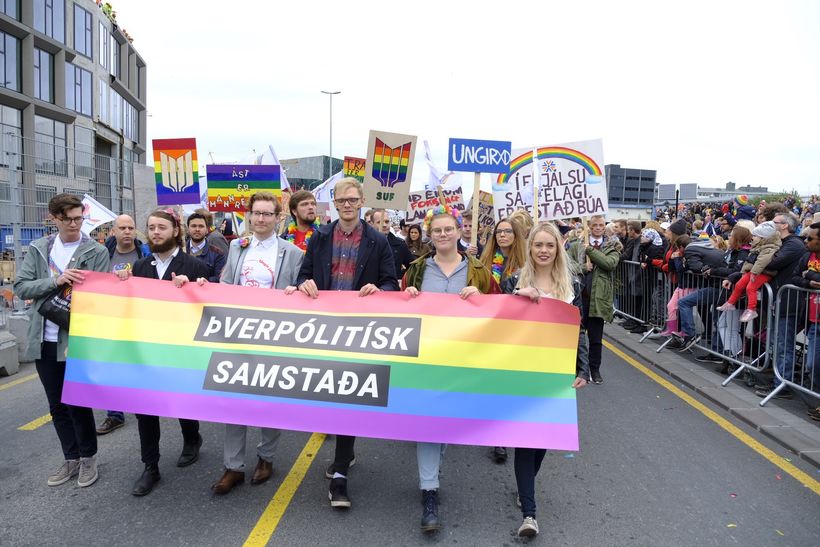 Gunnlaugur Bragi Björnsson, deputy city council member for the Reform Party and head of Hinsegin dagar (Gay Pride in Iceland), presented the proposal on the majority’s behalf. He stated it was no coincidence that the proposal was presented in June of 2019, for June 28th marks the 50 th anniversary of the Stonewall riots in New York City - a turning point in the battle for gay rights.

Still, Gunnlaugur believes the fight is far from over: “Every day, gay people must tolerate all kinds of harassment and discrimination in society. Assaults and hate speech, due to sexual orientation, gender identity, gender expression and sex characteristics, still exist. Complete legal equality has not been attained, and I could go on and on.”