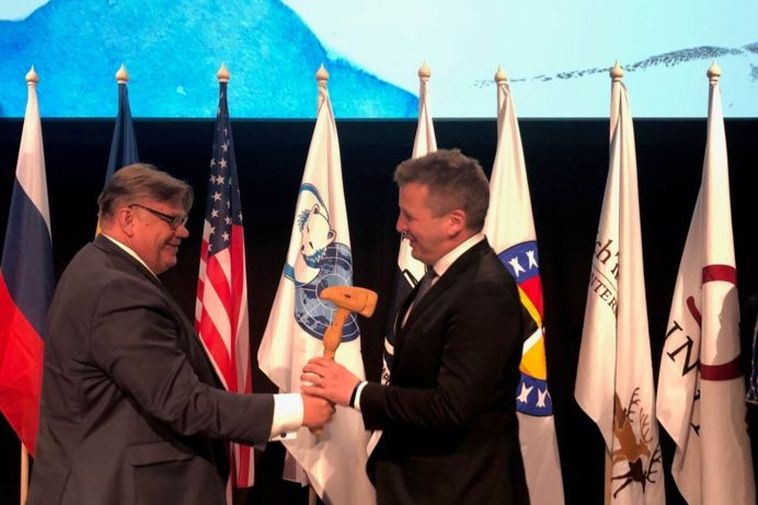 According to the Icelandic Foreign Ministry’s website, Guðlaugur presented Iceland’s Arctic policy at the meeting, titled “Together Towards a Sustainable Arctic,” highlighting three priority areas:  the Arctic marine environment, climate and green energy solutions, as well as people and communities of the Arctic.

Iceland will be leading a project on the Blue Bioeconomy in the Arctic, exploring opportunities to increase the value of marine products. Plastic pollution in the Arctic marine environment will also be addressed. The chairmanship includes leading the Arctic Coast Guard Forum, to be headed by the Icelandic Coast Guard for the next two years.

Iceland intends to extend projects on green energy solutions and gender equality in the Arctic and initiate a project on adolescent substance use prevention. Finally, the plan is to increase cooperation between the Arctic Council and the Arctic Economic Council during the chairmanship period.

Present at the meeting, in addition to Guðlaugur and Soini, were the US secretary of state and the foreign ministers of Russia, Norway, Sweden, Canada and Denmark. Denmark’s foreign minister was accompanied by ministers from Greenland and the Faroe Islands, mbl.is reports. The meeting was also attended by leaders of the six permanent participants and representatives of 39 observers.