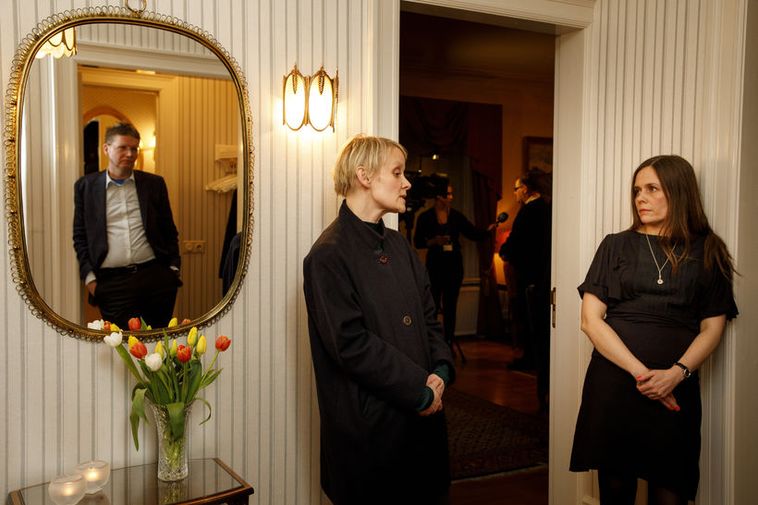 Last night, representatives of close to 30 Icelandic unions with more than 100,000 members signed a wage agreement with SA Confederation of Icelandic Enterprise (Samtök atvinnulífsins), a contract that will be good through November 1 of 2022. In addition, the Icelandic State introduced a so-called Quality of Life Deal with parties of the labor market, which supplements the wage increases promised in the wage agreement itself.

“This is a milestone for our society,” Prime Minister Katrín Jakobsdóttir declared in an interview with mbl.is.

“This agreement is a big step forward,” Halldór Benjamín Þorbergsson, CEO of SA Confederation of Icelandic Enterprise, told Morgunblaðið. It’s very important, not only for the negotiators or those who are directly affected by the deal, but for society as a whole.”

Acccording to Morgunblaðið, the agreement promises a one-time ISK 26,000 compensation of holiday pay to all by May 2. Monthly salaries will go up as of April 1 this year, by ISK 17,000 during the first phase. Subsequent increases will follow on April 1 a year from now, January 1, 2021 and finally on January 1, 2022. Altogether, the salary increases during the 45-month contract period will amount to ISK 68,000 (USD 569; EUR 507). For the lowest earners, who get paid according to union contracts, that increase amounts to ISK 90,000 (USD 753; EUR 670).  a month, according to Fréttablaðið.

The minimum wage will right away be increased to ISK 317,000 per month, and will be ISK 368,000 at the beginning of 2022. There is talk about shortening the work week from 40 to 36 hours, but that detail will be handled by each workplace.

The Icelandic State’s Quality of Life Deal weighs heavily.  The various initiatives promised are expected to cost the State ISK 80 billion (USD 670 million; EUR 596 million) during the 45-month period. What stands out is the promise that the country’s GNP per capita will be measured periodically, and that any increase would be reflected in higher wages. This is a novelty, applauded by union leaders.

Maternity leave, presently nine months, will be lengthened to 12 months, and child allowance will be increased.

The contract furthermore addresses the issue of inflation-adjusted (indexed) loans. Such loans will be issued for a minimum of ten years, and a maximum of 25 years for annuity loans, starting in 2020.

The agreement promises to evaluate the possibility to no longer count housing costs in the consumer price index, which would affect inflation-adjusted mortgage payments.

Measures will be taken to make it easier for people to buy their first apartment by extending the time allowed for employees to apply part of their pension funds toward a mortgage payment. There are hopes, too, that the agreement opens the possibility for lowering interest rates.

Lower taxes will especially benefit the lowest earners, who will see a decrease of by ISK 10,000 a month.