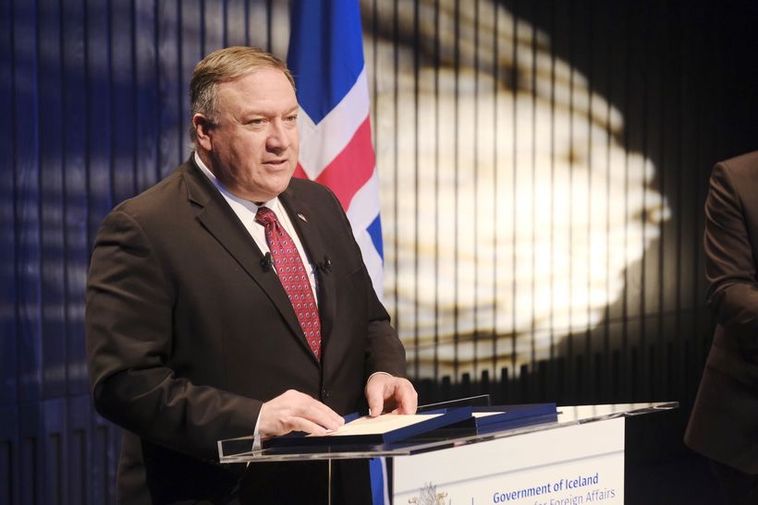 US Secretary of  State Mike Pompeo held a press meeting at Harpa this afternoon and said that the aim of his visit was to strengthen the relationships with US allies who had been neglected by former US governments.

He visited countries in Eastern Europe before arriving in Iceland for that same purpose. He says that the US need their allies.

He met with Icelandic Foreign Minister Guðlaugur Þór Þórðarsson do discuss issues of the Arctic, an important issue to the US according to Pompeo, as well as being a security matter.

Pompeo then met with PM Katrín Jakobsdóttir. She said speaking to mbl.is  that she addressed two issues at the meeting, the Arctic council, to which Iceland will hold the chairmanship this year, and global warming. "On that issue we agreed to disagree."