Klaustur MPs get a cold reception at Parliament today 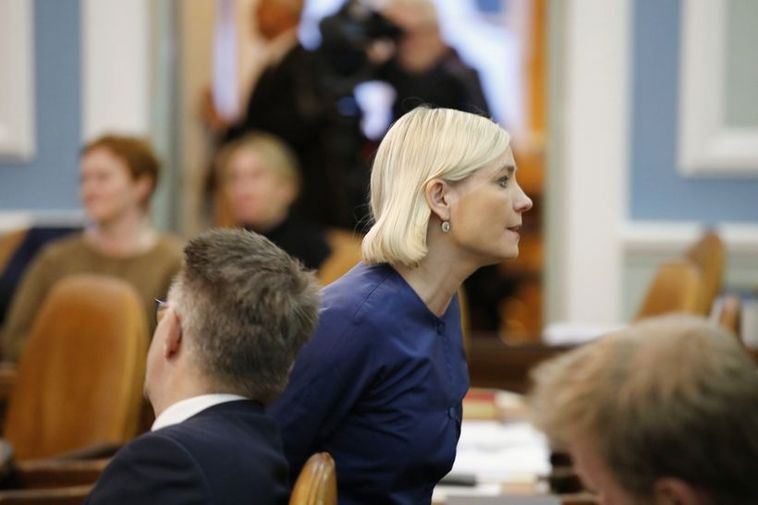 Image 1 of 2 Lilja Alfreðsdóttir walks out today after a brief interchange with Gunnar Bragi Sveinsson. mbl.is/​Hari
Image 2 of 2 mbl.is/​Hari

Images of Minister of Culture Lilja Alfreðsdóttir standing up from her seat twice to say something inaudible to Centre Party MP Gunnar Bragi Sveinsson have been dominant in the Icelandic press today.  Alfreðsdóttir came forward in a TV interview in December to say she found the MPs to be "perpetrators of violence." as many of the offensive and misogynistic remarks at the bar were made about her.

The decision by the two centre party MPs to return to Parliament today has been met with mixed emotions.

After speaking to Sveinsson today Alfreðsdóttir stormed out of Parliament.

Speaking to mbl.is today, Sveinsson says that many people greeted them nicely today but that "Naturally some people are not happy to have us back. But we're not in Parliament for those people. We are here because of the people who elected us to Parliament. We are at Parliament to work for them and that's what we are going to do."

Asked by mbl.is what Alfreðsdóttir said to him today he says it's a private matter between them. "I've apologized for what happened. But we need to find out whether people think that it's acceptable to record people's conversations without their knowledge. Would it be ok if somebody recorded our conversation just because I'm an MP? Where is the line? This matter is much greater than just this incident.“

The person who made the recording inside the Klaustur bar in November is Bára Halldórsdóttir,  a disabled gay woman . She she began recording the conversation when the MP's started making very loud and crude comments about minority groups and women.