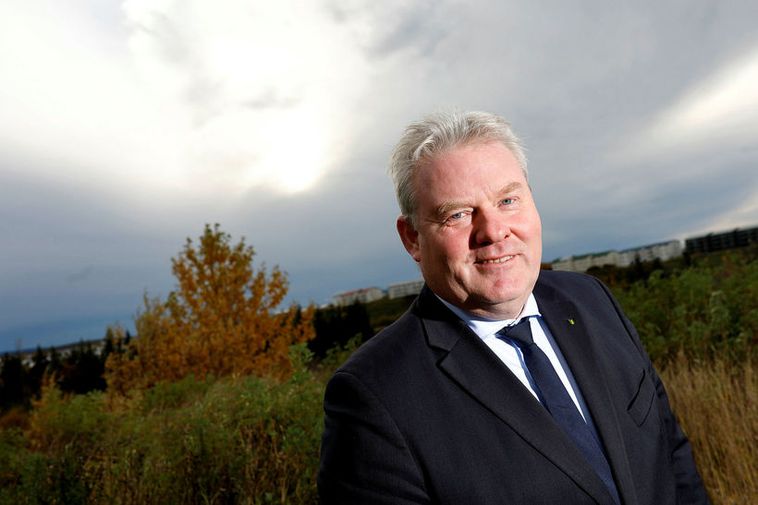 The central committee of the centrist Progressive Party recently issued a policy statement following its autumn meeting saying that Iceland should seek a derogation from adopting the European Union’s third energy package through the country’s membership of the European Economic Area (EEA) and that the EU’s energy legislation does not suit Icelandic circumstances.

Previously the leader of the Progressive Party, Transport Minister Sigurður Ingi Jóhannsson, had called for a derogation from the EU legislation in his speech during the central committee’s meeting and in March this year the party’s national congress also accepted a similar policy statement. The Progressive Party is part of Iceland’s current grand coalition government.

The EU’s third energy package has met growing and widespread opposition in Iceland. More than 80% of Icelanders oppose transferring more authority over Iceland’s energy sector to European institutions according to an opinion poll produced last spring by the company Maskína for the organisation Heimssýn, which opposes Icelandic EU membership, with only 8,3% in favour.

Furthermore, most supporters of all political parties represented in Iceland’s parliament oppose transferring more authority over the Icelandic energy sector to European institutions according to the Maskína opinion poll, regardless of whether those institutions are run by the European Free Trade Association (EFTA) or the EU, including parties which favour EU membership.

Parliamentary decision postponed until next year

The conservative Independence Party, which is also a part of Iceland’s current coalition government along with the socialist Left Green Movement, has also seen growing opposition within its ranks to the third energy package. The party’s national congress in March rejected further transfer of authority over Iceland’s energy market to EU institutions through the EEA Agreement.

Few days after the national congress the leader of the Independence Party, Finance Minister Bjarni Benediktsson, said in a speech to the Icelandic parliament that the third energy package was “a crystal clear example” of an issue which had in fact nothing to do with the EU or its Single Market, and thus neither the EEA, as Iceland is not connected to the EU’s energy market.

Several branches within the Progressive Party and the Independence Party have called for the third energy package to be rejected while a handful of Independence Party MPs have openly expressed their worries should the package be accepted. The position of the Left Greens, the third coalition party, remains more uncertain but the party rejected past energy packages and some of its MPs have voiced concerns.

The opposition Centre Party, which has seven MPs out the total number of 63 and was founded last year by former Prime Minister Sigmundur Davíð Gunnlaugsson, is also opposing the third energy package and the same goes for the opposition People's Party. The package has also been criticized by influential people such as Jón Baldvin Hannibalsson who was foreign minister when Iceland joined the EEA.

The government claims the third energy package will not have any considerable effect in Iceland unless the country will be connected to the EU's energy market through a submarine cable. While ideas have been floated to connect Iceland to Britain in that way the government maintains that no decisions have been reached to allow that.

The official position of the government is that the matter is under consideration. The third energy package was supposed to be put to the Icelandic parliament last spring but it was postponed until February next year. The debate has also raised questions whether Iceland's general interests are best served by remaining members of the EEA.