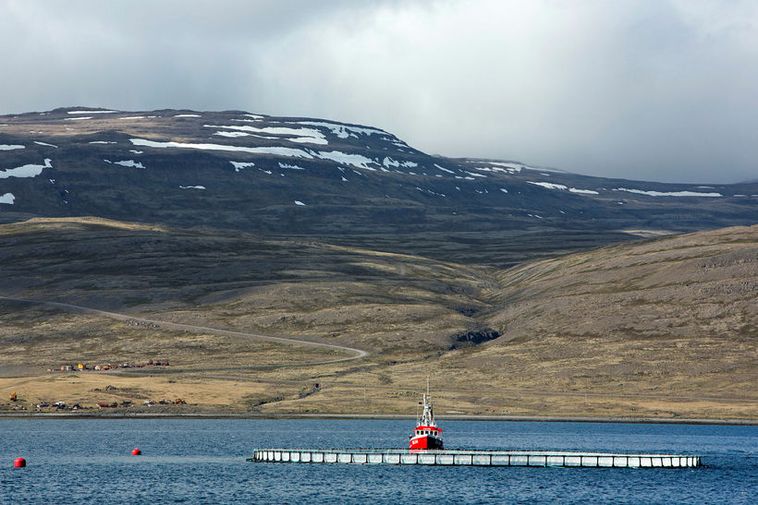 Salmon farming is a controversial subject in Iceland. mbl.is/Helgi Bjarnason

Kristján Þór Júlíusson, Minister of Fisheries and Agriculture will today be putting a new bill forward to change laws on fish farming. If the bill goes through, salmon farming companies would be allowed temporary licences.

Last week the Complaints Committee on Environmental and Resources reversed a decision made by the Environment Agency to grant permission to two companies, Arctic Sea Farm and Fjarðarlax with sea pens in Tálknafjörður and Patreksfjörður.

Several ministers within the government have expressed their concern over the matter which involves massive job losses.  Conservationists say that the salmon farms will cause great harm to the environment with salmon escaping to Iceland's rivers, pollution around the salmon pens and rise of infectious diseases and lice infestation.

The bill would allow companies to temporarily have a licence until they comply to the necessary conditions to be able to have a permanent licence.

Farming salmon and trout has been a rapidly growing industry in Iceland over the last decade, much to the despair of anglers and conservationits.  The fear is that the farm fish will escape and compromise the ecosystem of surrounding rivers and fjords.