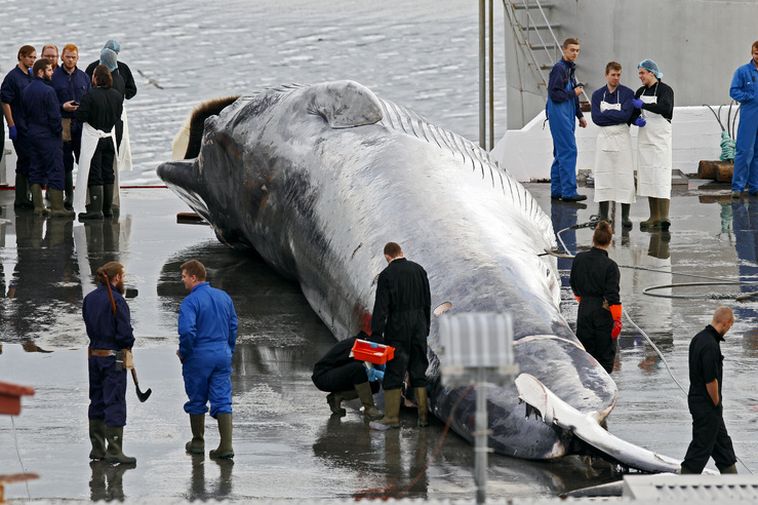 A fin whale at the whaling station in Hvalfjörður. mbl.is/Golli

The Icelandic government have received over ten thousand emails from individuals protesting the decision of Hvalur hf whaling company to recommence whaling on July 6th. This is still a much smaller number of emails then those received in 2006 when Icelanders began commercial whale hunting.

This was disclosed in an answer from the Foreign Ministry upon the request of MP Þorgerður K.Gunnarsdóttir who asked about protest against whaling and economic impact. Half of the emails received were when a hybrid fin whale was killed.