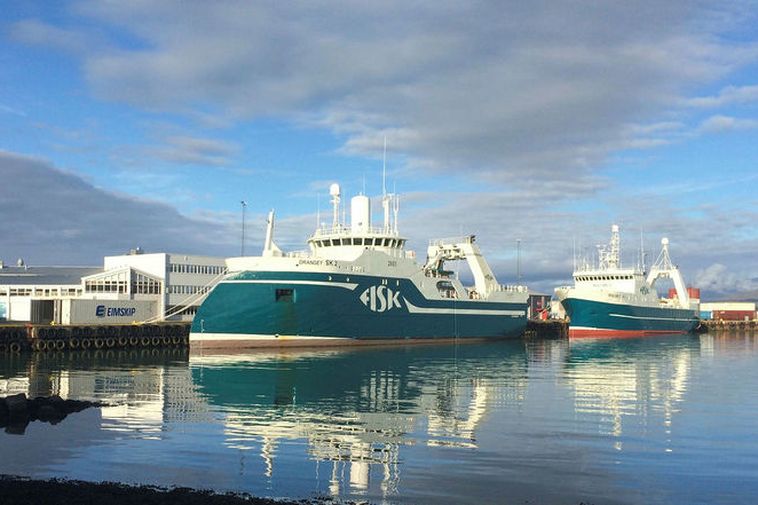 The SA Confederation of Icelandic Enterprise has publicly opposed a draft bill that is being prepared by the Ministry of Industries and Innovation. The draft bill suggests increased monitoring of fishing vessels through the use of cameras and drones. The draft bill is being prepared to “build trust toward the fishing industry by using the latest technology to monitor the weighing of the catch, discards, and any part of the catch that is never weighed,” as stated on the government’s website, island.is.

The last day to turn in comments on the bill was August 10, but SA was given an extension until now.

In his comment on the draft bill, SA’s CEO, Halldór Benjamínsson, states, “SA opposes the extensive camera surveillance, meant to be installed to monitor alleged and presumed violations of laws on fishing, fish processing, transportation and handling of catch.”

He continues, “The draft bill suggests that through the use of cameras, individuals and their work will be monitored onboard all fishing vessels, in all harbors, transport equipment, fish processing plants, in addition to plans for the Directorate of Fisheries to operate a fleet of remote-controlled drones to ensure that the monitoring be all-seeing, regarding the conduct of those who do these jobs.”

In the view of SA, this would set a precedent in other segments of society, creating the risk of transforming Iceland into “an unprecedented surveillance society,” previously known only in science fiction. SA’s review contends history has shown that increasing monitoring in one sector creates a similar demand in another. There is also mention of the sky-high costs likely to result from such monitoring.

SA believes that alleged violations of laws in the sector should not result in everyone being viewed as suspicious and the assumption that workers break the law while doing their work.