PM had "nothing to do with injunction on media coverage" 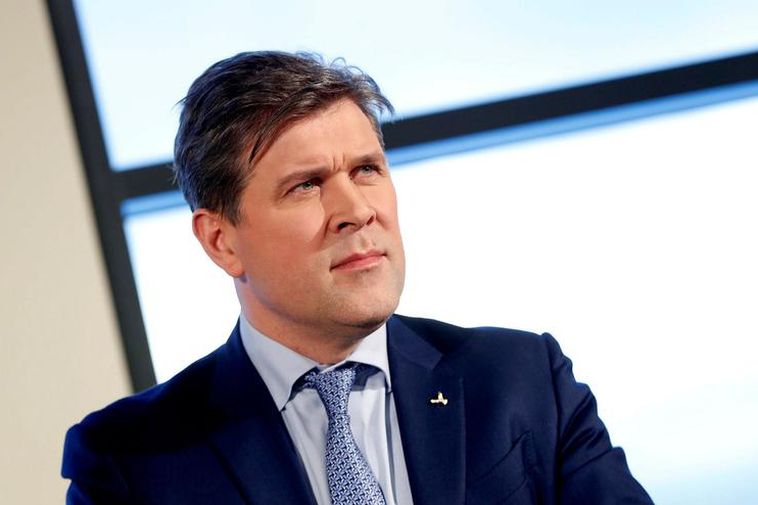 "It is entirely the initiative of Glitnir to place this injunction." mbl.is/Eggert

Prime Minister Bjarni Benediktsson says to mbl.is that he neither asked for the injunction on Stundin and Reykjavik Media nor did he play any part in the matter.

The Reykjavik District Commissioner (Sýslumaður) accepted a demand made by the Glitnir Hold Co to place an injunction on all news coverage made by Stundin and Reykjavik Media based on documents from the collapsed bank. Stundin and Reykjavik Media had covered the PM's finances in cooperation with British newspaper The Guardian recently, where it was disclosed that Benediktsson had sold his assets in Glitnir just days before the Icelandic banks collapsed in 2008.

"I have never, in my entire political career, concerning any discussion or news reports regarding myself, ever had it cross my mind to put limits on freedom of speech or on the freedom of press to cover public personas like myself," said Benediktsson to mbl.is.

He adds that he took the stance a long time ago that having to endure public coverage on anything regarding himself was simply something that came with the job. "It doesn't mean that I'm happy with whatever is written, then you have to respond by explanation and correction. I do believe that numerous things have been badly presented or taken out of context and so forth, but even so, it is the right of every individual and the right of the press and freedom of speech in this country to write , even badly written news."

The journalist for mbl.is then asked whether he thinks recent news have been "badly written news?"

"I have criticised writing throughout time. I believe that I have had to correct a lot of things that have been said recently and had to explain them. Things have been taken out of context.  A lot of allusions have been made, half-truths. Such news stories I have had to correct and put into the right context.  But I'm not complaining about that. It's just the way that public persons have to respond if they are not happy.  I have never taken the direction to place injunctions."

Benediktsson addst that in light of recent media coverage, that placing an injunction at this point in time seems very strange. "It's quite absurd. I've been a part of the discussion myself about these documents. This is quite bad for me at this time. It puts things into a strange perspective and people ask themselves whether this is done to serve me, when actually this is a blow to me."

So you had nothing to do with this injunciton being placed?

"This is entirely at the initiative of Glitnir to place this injunction."

It is therefore uncomfortable for you for this to happen at this point in time?

"Absolutely, but I should also add that I'm not going to become a judge in the case of all the others whom I hear that are trying to be protected with these actions. It's quite a serious matter that documents have been leaked massively from the financial system, documents on the finances of thousands of Icelanders. I don't think that's a matter to be spoken of lightly, but I have no part in this."

So you are not in favour of this injunction as such?

But whether it's bad for you or not, how do you feel about an injunction being placed on these kind of documents?

"Why should I have much of an opinion on this? I'm not a party to this injunction. I'm not a party to any of this and I haven't been looking into the legal side of it. It has to be dealt with on legal ground and the Prime Minister shouldn't be giving his opinion on it when it's going to a court of law."