Asexuals march for the first time at Reykjavik Pride 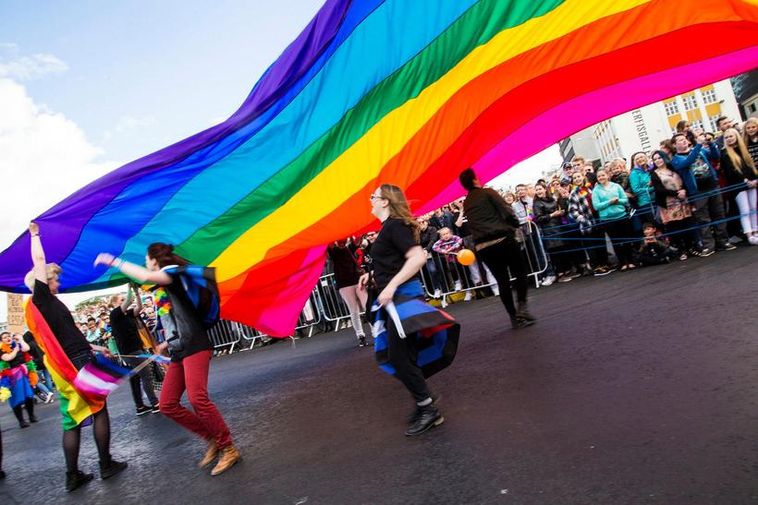 Gay Iceland reports that this year, people of an asexual orientation march in the pride for the first time. "In Iceland there are many misconceptions surrounding asexuality and to the general public asexuality is still relatively unknown, says Gyða Bjarkadóttir a member of a group called Asexual in Iceland (Asexual á Íslandi). The group intends to change that by taking part in this year’s Reykjavík Pride parade. It’s the first time asexual people in Iceland march together as a group in the parade."

Asexuals are individuals who experience little or no sexual attraction towards other people.

Bjarkadóttir is a member of a group called Asexual Iceland (Asexual á Íslandi). The group intends to draw attention to the cause of asexual people in Iceland by marching together in the upcoming Pride Parade.

“We’ve formed a group that will be participating in the Reykjavík Pride Parade. The asexual flag has of course been seen in the parade before, but as far as we know this will be the first time asexual people actually march together in it as a group,” says Bjarkadóttir.

The Pride Parade starts at 2 pm on Saturday August 11th, at Hverfisgata on the corner of Ingólfsstræti.

For the whole interview with Bjarkadóttir read GayIceland's report HERE.

For the Reykjavik Pride Programme visit their website HERE.