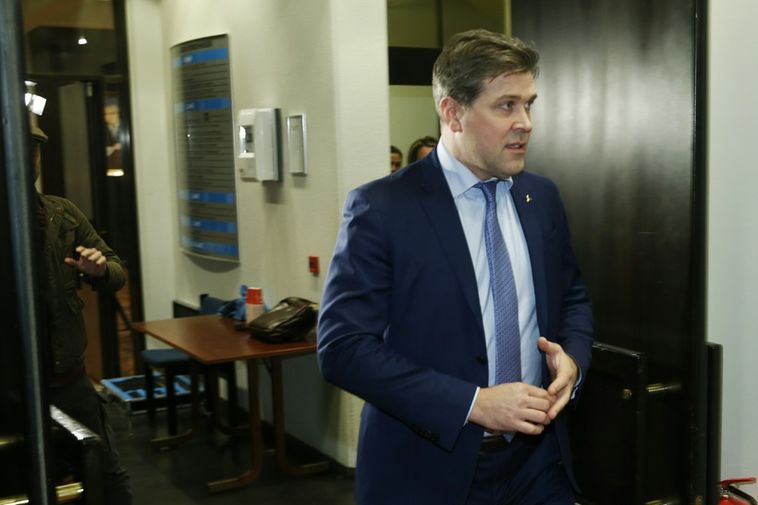 Last week, Iceland's new Prime Minister, Bjarni Benediktsson, who was implicated in the Panama Papers for having an offshore account,  faced criticism on how he dealt with a report on the names of Icelanders with offshore accounts. Benediktsson first stated to reporters that he had not seen the report until the Parliament was dissolved before the elections, statements that were revealed to be untrue as the Ministry of Finance actually received the report one month earlier.

Benediktsson made an apology about his "inaccurate timeline" adding that he doubted that the report would have had an influence on the election results. This has been harshly criticized by Iceland's Pirate Party and the Left Green Movement.

Interviewed by channel 2 news, Stöð 2 last night, upon his first day at office, Benediktsson said that he was not worried about the report becoming a problem.

"No, I don't see how that would be a problem. I understand that people have opinions on whether the report should have been revealed earlier or not. I've simply said that the report was intended for Parliament and we had already arrived at a point when Parliament was about to be dissolved," said Benediktsson. "Some might say that it was a mistake not to present it to Parliament because there were one or two days left before Parliament dissolved. Maybe I made that mistake and maybe I should have done that." He addst that he was not trying to make his position look better before the elections on October 29th.

"Which parts of the report would have given me a reason to keep it from public discourse? The report actually revealed information that tax evasion was much less than actually is being talked about in the current discourse." He added that the report calls for further investigation.

New Minister of Health Óttarr Proppé said in an interview with Rúv national broadcasting service last night that there was a substantial difference between the two cases, between former PM Sigmundur Davíð Gunnlaugsson and new PM Bjarni Benediktsson. "There's a considerable difference between this and the former PM hiding the fact that he was in the Panama Papers and then trying to get himself out of that twist publicly mid-term. " he says. Now there's been an election and the results of that election are clear, it's taken us ten or eleven weeks to piece together a good and hopefully successful government."

Benediktsson becoming Iceland's new Prime Minister despite being implicated in the Panama Papers has been picked up on by international media such as Sud Deutsche Zeitung, the BBC and The Washington Post.

"Now, more than nine months after the Panama Papers first appeared — and two months after a snap election brought a new governing coalition to power — Iceland finally has a full-time replacement for Gunnlaugsson. But despite the public outcry last April, Iceland’s new prime minister was also named in the Panama Papers."

There are some fundamental differences though in the case of both Prime Ministers. Benediktsson appeared in the Panama Papers for having had an offshore account before the economic crash, an account which hadn't been active since 2012, whereas Gunnlaugsson owned offshore company Wintris Inc. along with his wife and the company is still active.

Wintris Inc. – owned by Anna Sigurlaug Pálsdóttir, wife of Icelandic PM Sigmundur Davíð Gunnlaugsson – lost money as a result of the financial crash and claimed a total of ISK 515 million (approx. €3.7 million) from the three crashed banks: Glitnir, Kaupþing and Landsbanki. This information was never revealed by ex PM Gunnlaugsson. Gunnlaugsson enjoyed access to all information on claimants to the bank’s assets while at the same time being in a close relationship with one of them.