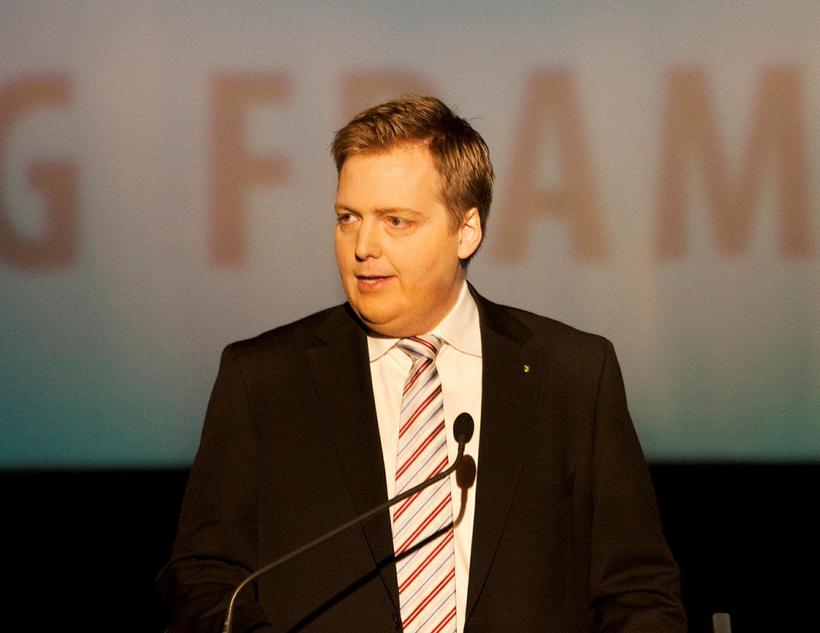 Sigmundur Davíð Gunnlaugsson, the former PM of Iceland who was toppled from power following revelations connected to the Panama Papers scandal earlier this year has written an open letter in today's edition of our sister publication Morgunblaðið demanding a formal apology from the director of national broadcasting service, RÚV.

He demands the apology for RÚV's allged inappropriate conduct with regards to their coverage regarding his involvement in the Panama Papers.

A special edition of Iceland’s Kastljós current affairs discussion programme was aired on April 3rd last year which revealed his involvement with Wintris Inc., an offshore company owned by Gunnlaugsson and his wife.

A wave of demonstrations against Gunnlaugsson was unleashed in April after the airing of the RUV interview with Gunnlaugsson finally stepping aside.

The demonstrations which involved throwing bananas and eggs at Alþingi, the house of parliament in Reykjavik put the international spotlight on Iceland at the time.

Iceland PM: “I will not resign”

Gunnlaugsson who once worked as a reporter at RÚV writes that the state broadcasting service has a habit of never being able to admit a mistake and recalls one reporter calling him a "skíthæll" ( shit-heel ) when the result of the Icesave situation became clear.

Customers in the Netherlands and United Kingdom lost all their savings in Icesave accounts , when parent bank Landsbanki went bankrupt during the Iceland financial crash of October 2008. The situation led to a diplomatic dispute between the three countries. 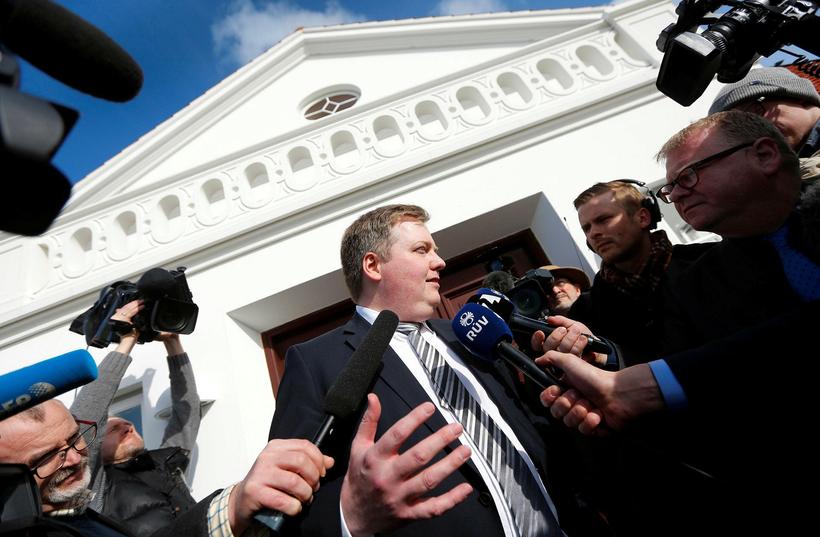 Sigmundur Davíð Gunnlaugsson is unhappy about the state broadcasting sercive which revealed his connections to the Panama Papers. mbl.is/Eggert Jóhannesson

"It has not gone unnoticed by anyone who observes politics in a non-partisan manner that since I began my political career eight years ago a group of employees at Efstaleiti 1 ( the address of RÚV ) has blamed me or the Progressive Party for various wrongdoings, more so than all other politicians and parties."

Since his resignation Gunnlaugsson has repeatedly criticised RÚV harshly for its alleged mistreatment of him. He has even endorsed a proposal from a former MP to form an indepedent comission to investigate RÚV's coverage of his affairs

In his letter to the paper, Gunnlaugsson  calls the people within RÚV the SDG RÚV group who have used, in his opinion, unethical, unprofessional and illegal ways to get at him.  He ends the letter by demanding a formal apology from director of RÚV, Magnús Geir Þórðarson. "Are you ready to apologize to me on behalf of the state broadcasting service, and if not to myself, then to my wife, who did not deserve the treatment she received on behalf of RÚV in 2016."