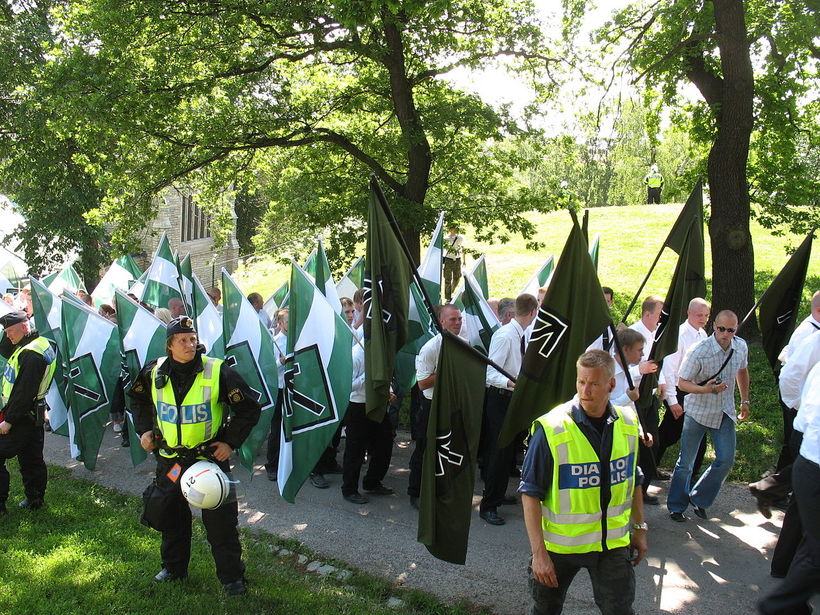 A neo-nazi movement set up in Sweden is trying to recruit Icelandic supporters, wth flyers being put through people’s doors in parts of the capital Reykjavik.

Nordfront was founded by Swedish neo-nazis in 1997 and has spread to Finland, Norway and Denmark, reports Icelandic national broadcaster RÚV (link in Icelandic).

According to the flyer, the group’s main objectives are to “to put an immediate halt to mass immigration to Nordic countries, to reclaim power from the international Zionist elite, and to create a unified and sustainable Nordic State”.

Professor of Politics at Iceland’s Bifröst University Eirikur Bergmann told RÚV that while the movement may attract some Icelandic supporters, it is unlikely to be widely popular. 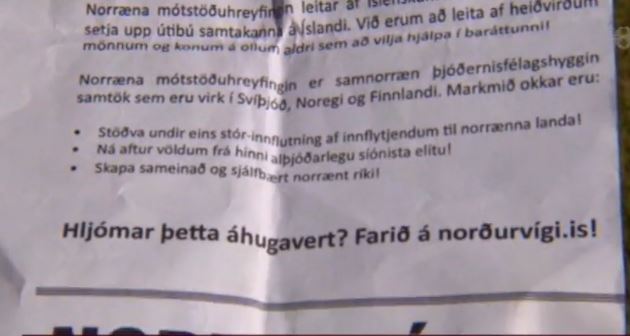 The flyer received by some Reykjavik residents on Saturday. Photo: Screenshot RÚV

“This organisation is completely different to anything we have heard from before in Icelandic politics, in that one of its objectives is literally to end the Icelandic State and bring Iceland into a Nordic superstate,” Bergmann explains.

Undoing decades of struggle for independence and returning Iceland to the sovereignty of Copenhagen and Stockholm is not an idea which has caught on in recent times, Bergmann suggests.

“While the small size of Icelandic society makes it difficult for neo-nazi organisations to get a foothold in politics,” says Bergmann, “their rhetoric can have an effect.”

“This kind of talk feeds into debate and gives other types of culture-based racism greater credibility, simply in comparison to this kind of unpleasant radicalism.”