Fertility in Iceland too low to maintain population 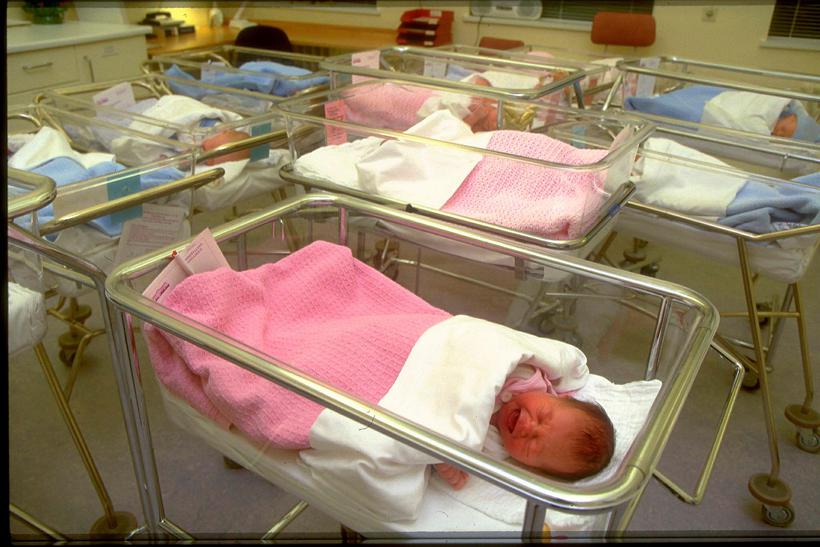 Fertility rates in Iceland in 2015 were the lowest since records began and way below the figure needed to maintain population levels, according to new figures.

While Iceland’s fertility rate (1.81) is higher that the EU and OECD average, it has plummeted in recent years and is now way below the recognised ‘replacement rate’ of 2.1.

Iceland is one of the three OECD countries where fertility rates have fallen the most since 2008, the other two being Denmark and Estonia.

The fall in fertility in Iceland is part of a Europe-wide phenomenon, according to figures from the Economist . 5.08 million children were born in Europe in 2013, as compared to 5.47 million just five years earlier.

Family-oriented legislation has a major role to play in fertility rates, says Prof. Ólöf Garðardóttir of the University of Iceland’s School of Eduction.

Fertility rates shot up after new parental leave legislation came into effect at the turn of the century and fell again from 2009 when incomes were affected by cuts in parental-leave benefits after the financial crash. 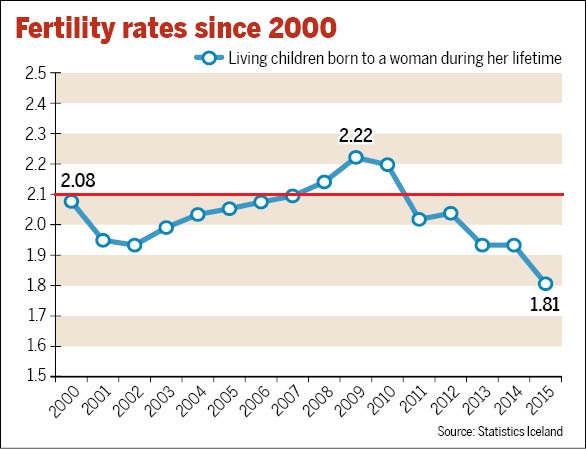