The protests continue: The government must go 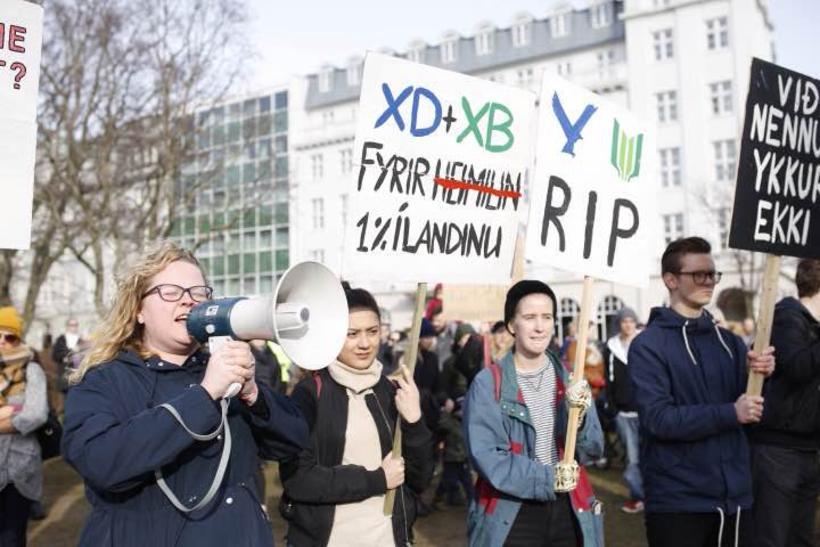 Protests have gone on since Monday in front of Parliament in Iceland. Iceland Monitor/Styrmir Kári

Yet again, a considerable amount of protesters flocked to Austurvöllur parliament square in Reykjavik to demand immediate elections.

Protesters are not happy about yesterday's turn of events which involved the government staying in power and Sigmundur Davíð Gunnlaugsson being replaced by a new PM from the Progressive Party.

People are throwing bananas or holding them in the air and holding protest banners demanding that Financial Minister Bjarni Benediktsson also steps aside. 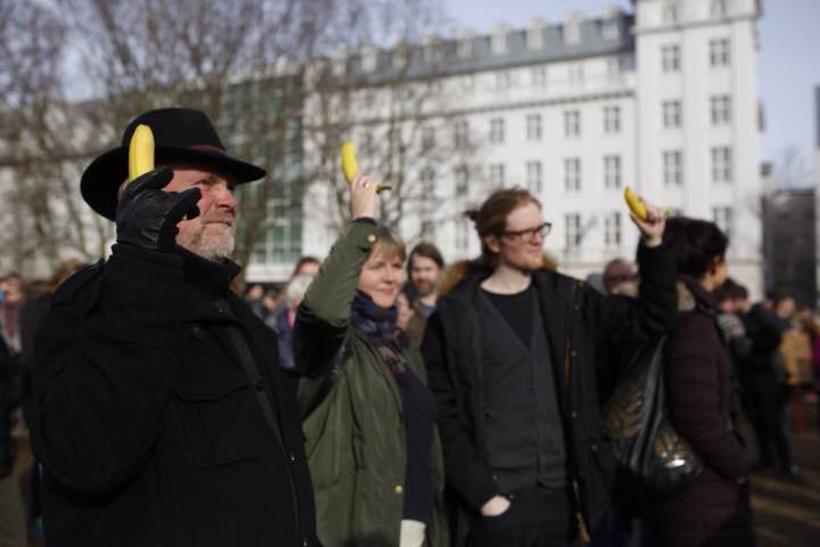 Banana republic? Protestors are not happy about the new Prime Minister and that the government is staying put. Iceland Monitor/Styrmir Kári