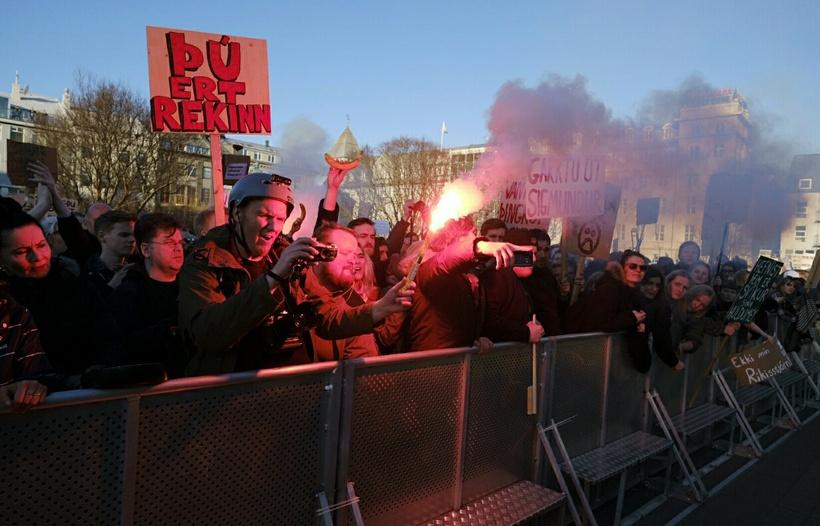 'You're fired' read one of the many signs at yesterday's demo. Photo: Iceland Monitor/Golli

Anti-government protests in Iceland will continue into today, as the country’s Prime Minister – implicated in the recent Panama Papers revelations – and his government hang by a thread.

Yesterday saw one of the biggest political demonstrations in Iceland’s history, with estimates of crowd numbers varying between 9,000 and 23,000.

Angry voters are demanding the resignation of the PM, Sigmundur Davíð Gunnlaugsson, and his government, and the calling of new elections.

“Let’s gather on Austurvöllur [Parliament Square] once more and keep up the heat that has been generated. […]. This government must go!” reads the Facebook event for today’s event, scheduled for 5pm.