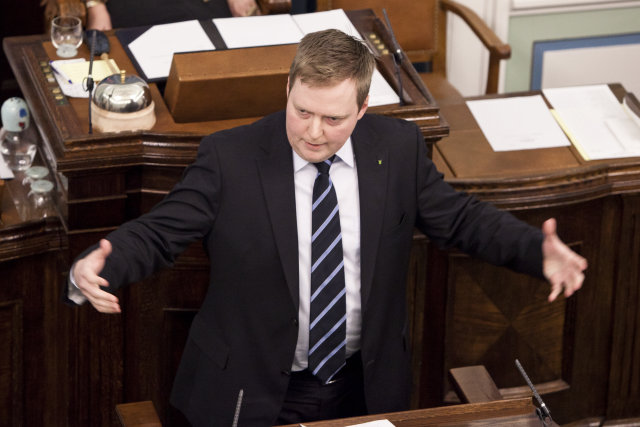 Is the net closing in on Sigmundur Davíð Gunnlaugsson? Photo: Iceland Monitor/Ernir Eyjólfsson 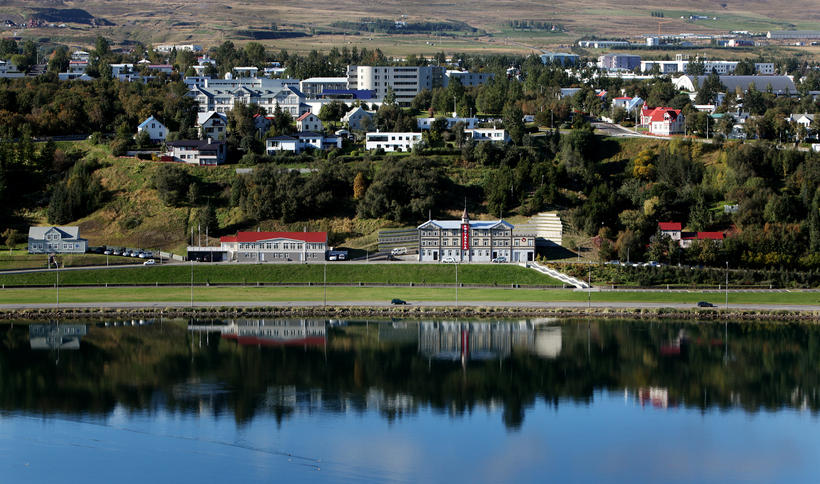 Adding to the PM’s woes later in the evening, a statement was issued on social media by councillors in the North Iceland city of Akureyri – from the PM’s own party – calling for his resignation.

“As a result of the trust deficit has we feel has opened up between the Prime Minister and Progressive Party members – and indeed the entire nation, we hereby urge Sigmundur Davíð Gunnlaugsson to resign his position of Prime Minister forthwith,” reads the post.

It is signed by senior Akureyri councillors of the Progressive Party past and present. 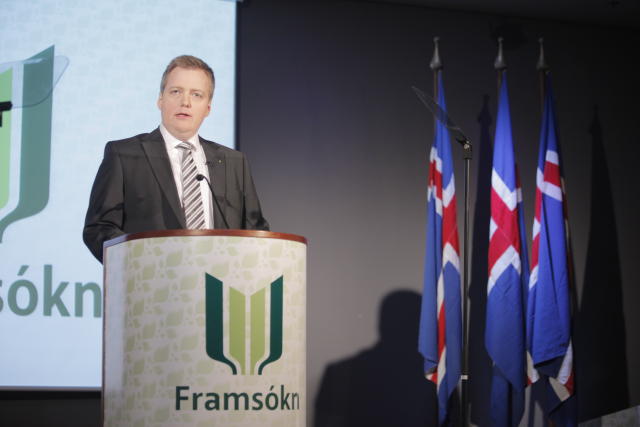 As well as Prime Minister of Iceland, Gunnlaugsson is the leader of the centrist Progressive Party ('Framsokn'). Photo: Iceland Monitor/Styrmir Kári