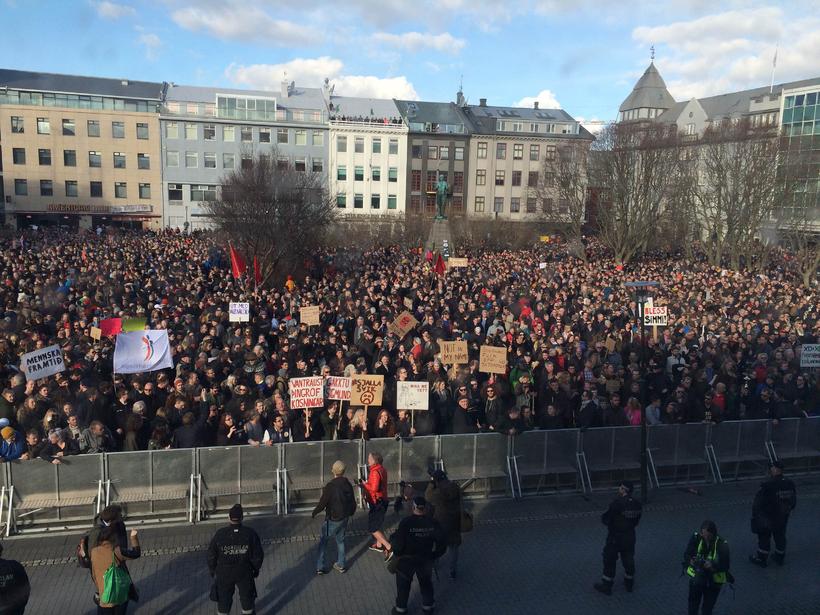 Irate voters pelted the walls of the Icelandic Parliament with eggs and bananas, while inside fuming opposition MPs took the floor one after another to demand the resignation of the Prime Minister. 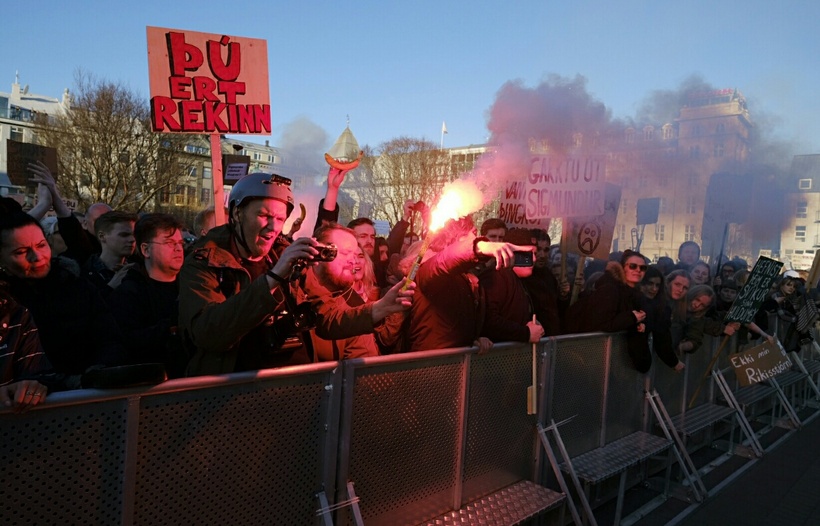 'You're fired' says one demonstrator to the PM. Photo: Iceland Monitor/Golli

This was the situation in the Icelandic capital of Reykjavik this afternoon – 24 hours after a special edition of Iceland’s Kastljós current affairs discussion programme on the ‘Panama Papers’ was broadcast, linking the name of the Prime Minister Sigmundur Davíð Gunnlaugsson and two senior government officials with assets in offshore tax havens . 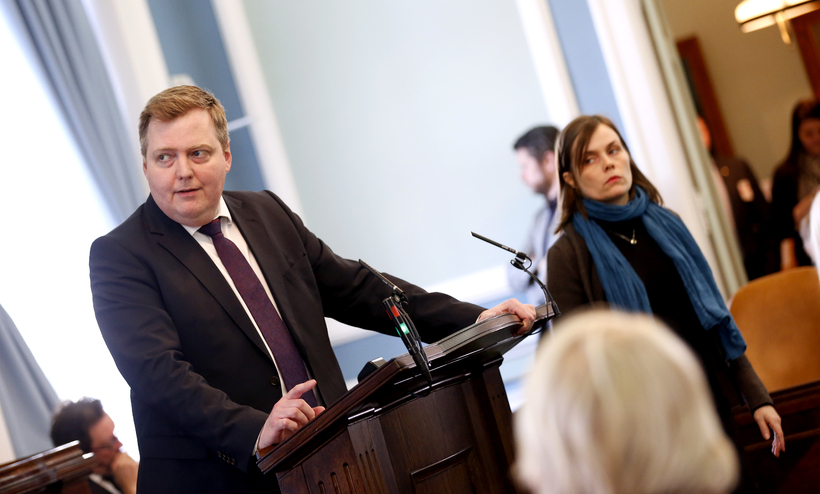 The tension in parliament when the PM spoke was palpable - and visible. Photo: Iceland Monitor/Eggert Jóhannesson

Estimates of the size of the crowd vary between 9,000 and 23,000. Whatever the number, this was certainly one of the biggest political demonstrations in Icelandic history. 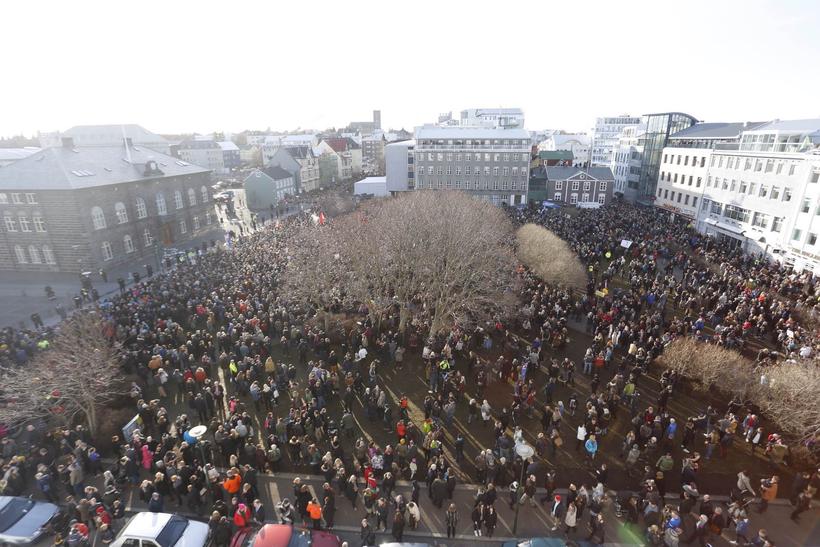 MPs spent over three hours giving their preliminary thoughts on the current political crisis ahead of an official vote of no confidence in the government to be conducted later this week. 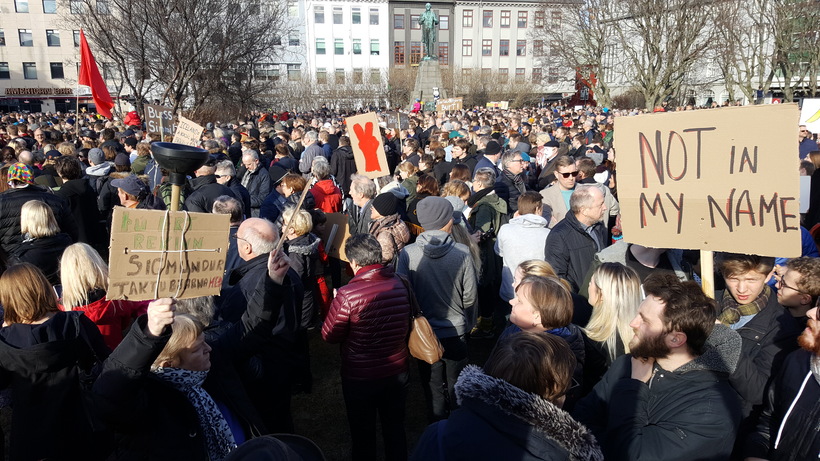 From 5pm onwards, the angry words of parliamentarians inside were given an acoustic background of banging drums and shouts of ‘incompetent government’ from the thousands gathered outside. 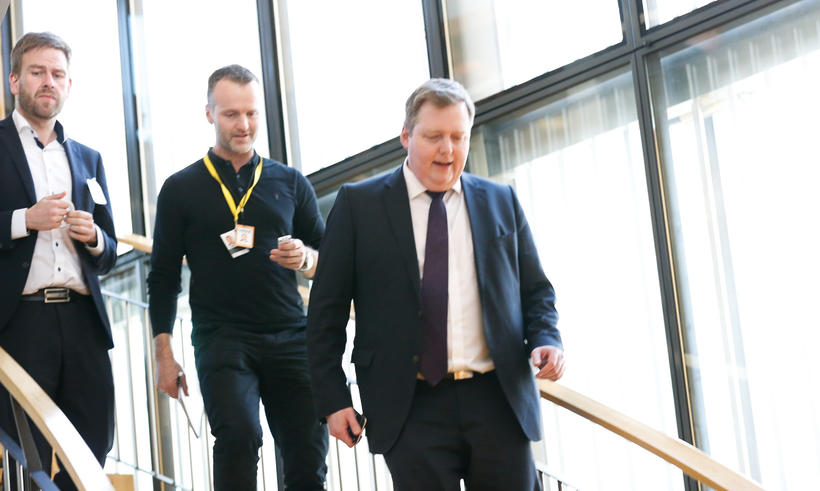 PM Gunnlaugsson left the parliament chamber before the debate was over. Photo: Iceland Monitor/Eggert

PM Gunnlaugsson has apologised for certain aspects of his involvement in this affair, but remains adamant that he will not be standing down . The usual Tuesday weekly cabinet meeting is scheduled to go ahead as usual. 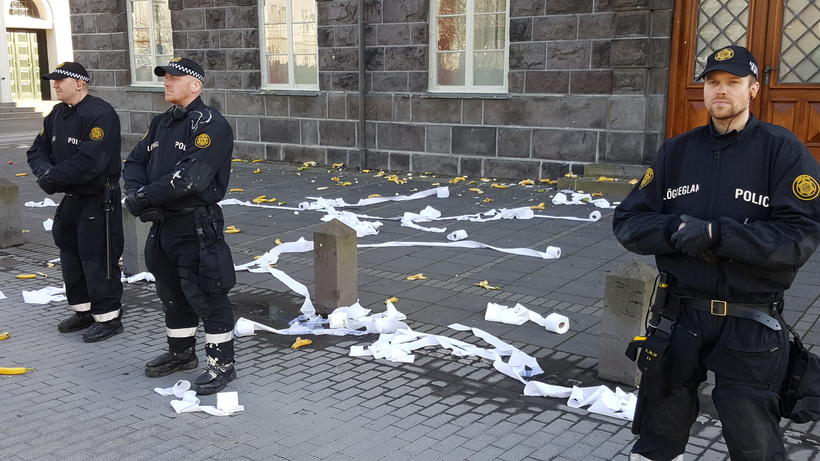 Tomorrow’s planned parliamentary session has been cancelled so debate will not continue until Wednesday, at the earliest. Organisers of today’s demonstration have spoken of repeating action until they secure the resignation of the PM.

The demonstration reportedly went off peacefully, nobody was injured, and no arrests were made. 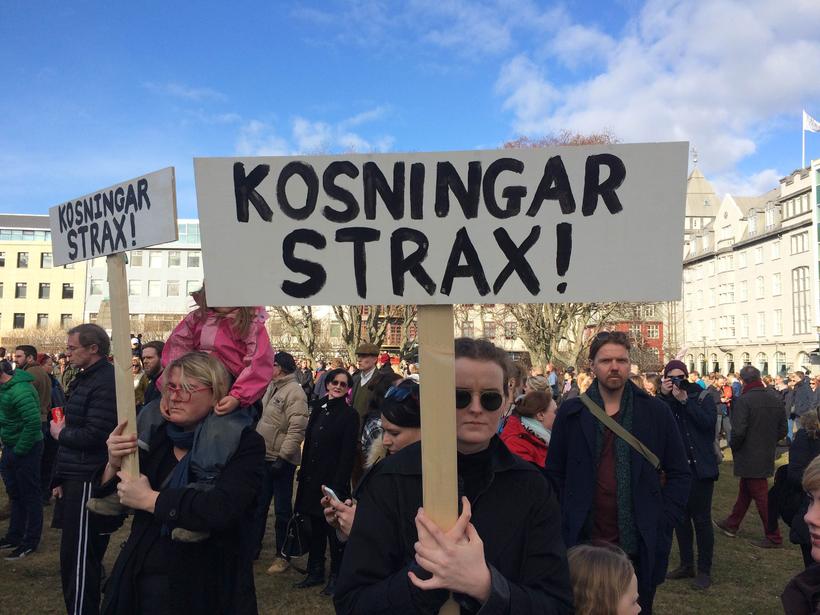 'Elections now!' is the simple demand of these protestors. Photo: Iceland Monitor/Kristján