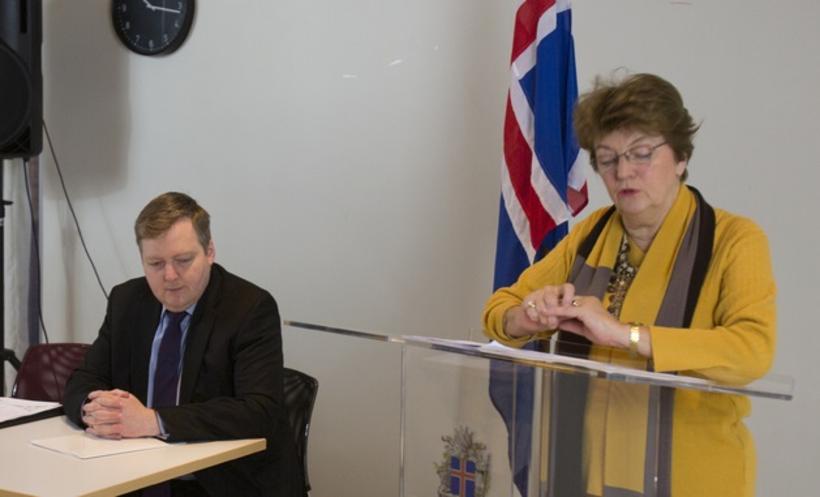 Iceland’s Minister for the Environment and Natural Resources Sigrún Magnúsdóttir presented the new climate-change action plan at a press conference today. Iceland is committed to take part in joint efforts with the European Union (EU) and Norway to reduce greenhouse-gas emissions by 40% by 2030 (as compared to 1990 levels).

The plan is divided into three sections.

The first deals with reducing overall emissions in Iceland – generated by transport, fisheries, agriculture and land use.

These projects include efforts to move over to green energy for transport, improve infrastructure for electric cars, step up tree planting and soil reclamation for carbon capture, and make the running of State bodies carbon neutral.

There follows a section on bolstering international cooperation and assisting other countries in reducing emissions.

Iceland will take a leading role in a new Global Geothermal Alliance on renewable energy, and will contribute with money and expertise to the newly set-up Green Climate Fund for combating climate change and various projects under the aegis of the Arctic Council.

Finally, the plan addresses the issue of improving infrastructure in Iceland, involving better data and forecasts, awareness-raising on the issue of climate change, and closer monitoring of the country’s glaciers.

The plan was presented in the run-up to COP21, a United Nations (UN) climate conference taking place in Paris next month. The hope is to reach an international deal on reducing carbon emissions to avert the worst effects of climate change.