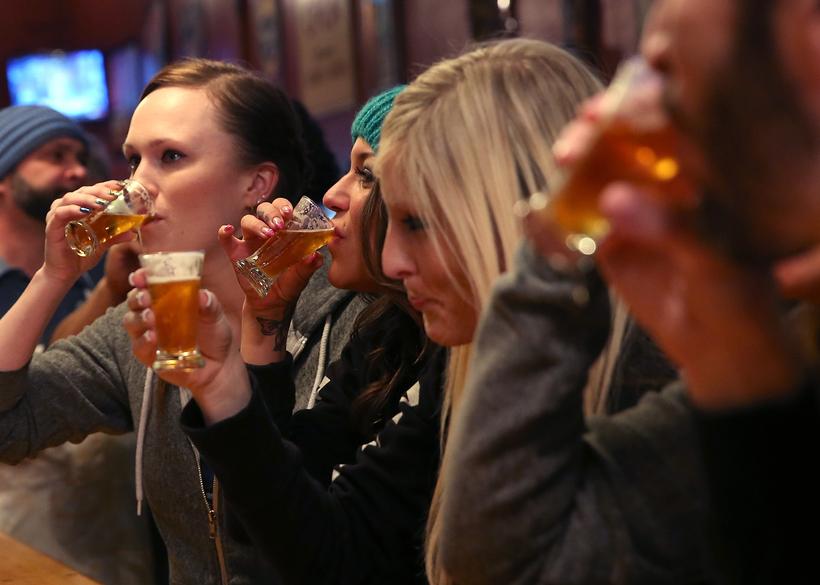 Alcohol consumption among adults in Iceland has increased by some 35% since 1992. Photo: AFP

Alcohol consumption among adults in Iceland is significantly lower than the OECD average but is on the rise, according to a new OECD report.

The report, entitled Tackling Harmful Alcohol Use: Economics and Public Health Policy, examines the economic and public health dimensions of harmful alcohol use in the 34 countries of the Organisation for Economic Co-operation and Development (OECD).

According to the report, “[a]verage (recorded) annual consumption [in 2012] in OECD countries is 9.1 litres of pure alcohol per capita, the equivalent of over 100 bottles of wine, or over 200 litres of average strength beer.”

The 2012 figure for Iceland is significantly lower, at just 6.3 litres per person per year. This places Iceland in 27th place overall, i.e. only seven OECD countries currently have a lower alcohol consumption rate than Iceland.

An overview of alcohol-consumption trends over time, however, paints a rather less positive picture of Iceland. Iceland is one of six countries – together with Finland, Israel, Norway, Poland and Sweden – singled out as having seen significant rises in alcohol consumption over recent decades.

Over the twenty-year period 1992-2012, alcohol consumption among adults in the OECD as a whole has decreased by some 2.5%, to 9.1 litres. Over that same time, consumption in Iceland has increased by some 35%, to 6.3 litres per person per year.

The report highlights that “[h]armful alcohol use is a leading cause of death and disability worldwide, especially in people of working age” and “is on the rise among young people and women in many OECD countries”. Alcohol consumption in OECD countries (most of which are European countries) remains well above the world average.

The full OECD report can be consulted here. 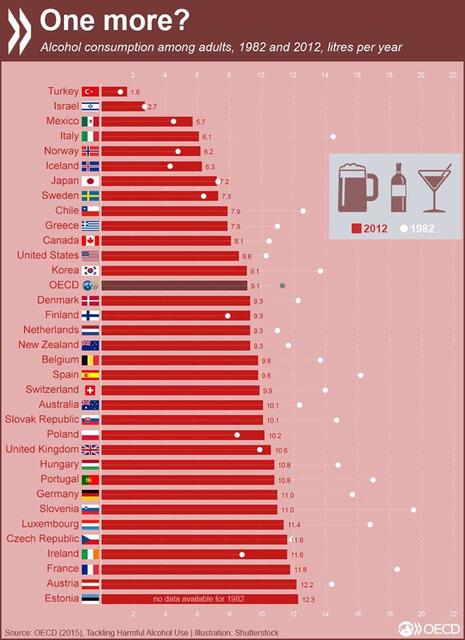 Iceland is among the lowest but fastest-growing consumers of alcohol. Photo: OECD