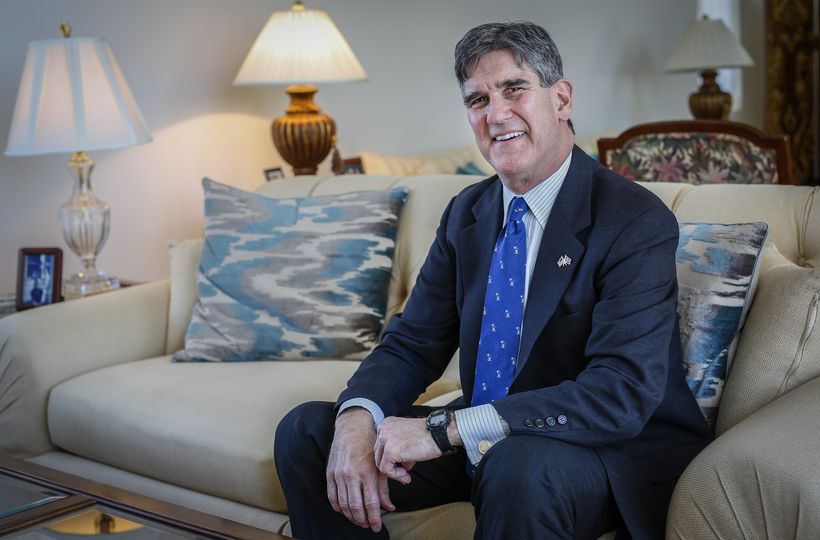 "This is my first opportunity to be in Iceland and I'm thrilled, absolutely thrilled to be here,“ says Robert C. Barber, the United States ambassador to Iceland, to mbl.is. The US Senate confirmed his appointment in December last year and he was sworn in by Vice President Joe Biden in January. He arrived in Iceland later that month and took over his post.

Previously Barber was a partner at Looney & Grossman LLP, a law firm in Boston, Massachusetts, where he focused primarily on issues of start-up, small and medium-size companies and commercial litigation. He graduated from Phillips Academy in 1968 and Harvard College in 1972. Barber then graduated in 1977 from Boston University School of Law and obtained in the same year a Masters in City and Regional Planning from Harvard University Graduate School of Design.

Since you arrived in Iceland I understand you have used the time, apart from your daily duties as ambassador, to meet Icelanders and explore the country?

"The Embassy staff - which is superb - did a great job of preparing papers for me prior to my arrival and making arrangements for me to both get out to see the country as much as was safely done during the snowy months. But more importantly even, to meet Icelandic people. Both people in government and people in the private sector and people across the cultural and educational institutions and across the board. It's not a surprising feeling that I have, because I expected to enjoy meeting Icelanders. But it's been purely delightful to get to know Icelanders as I have in my time here. And I'm looking forward to more of it."

Northern Europe and the Arctic observed

The situation in Northern Europe and in the Arctic have to the opinion of many become less secure in recent months and perhaps years. How do you see that development from your point of view as the US ambassador to Iceland?

"I'm not a maker of policy so I can't tell you what the US should do or even is pondering to do. What I do know is that there are appropriate persons observing all what is going on. Iceland and the US have had approximately 75 years of very strong bilateral relationship and relationship which is multilateral as well. NATO as an example. I think that is something that can continue to change if it is determined by those who make those decision, if that is appropriate. I know what I'm focused on while I'm here which is to help to develop the strongest combination of relationships between our countries in all of the ways we interact with one another. Bilaterally as well as in the context of multi-state organisations."

The United States will have the chairmanship in the Arctic Council for the next two years. What will the US government emphasize during that time?

"The United States has enthusiastically accepted the chairmanship and I think Secretary Kerry has made clear that the US has three primary objectives. Climate change and assessing the impact of climate change in the Arctic is chief among them but the others include sustainable development of Arctic resources for the benefit of those who inhabit it as well as the safe and proper stewardship of the Arctic and the oceans. Those are the three. And I think we highly price Iceland as one of the eight members of the Arctic Council. And it is through the Arctic Council that we hope what has been a tradition of collaboration, consensus cooperative decision-making and exploration of subjects that are of common interest to Arctic nations can continue."

You have said you would like to help improve the trade relations between Iceland and the United States. Will Iceland and other EFTA countries get access to the Transatlantic Trade and Investment Partnership (TTIP) currently negotiated between the US and the European Union?

"What I am most interested in doing, in every way that makes sense, is to increase the commercial collaboration between our countries, between businesses and individuals involved in commerce in our respective countries. [...] We'll have to see how the final agreement is made. I believe it is the case that Iceland has been kept generally apprised of the developments in the negotiations as they have occurred. There has been every desire to keep Iceland in the loop, at least in that indirect way. And certainly the hope is that as and when there is an agreement that is finally negotiated and resolved, that there will be an effort to extend the benefits to EFTA countries. That is a reasonable likelihood. But I'm not in any way in a position to project or predict that will happen." 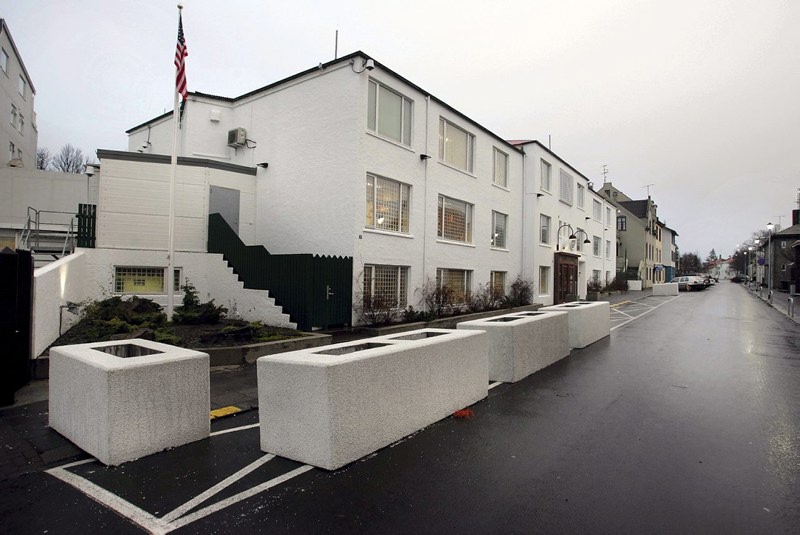 The US Embassy in Iceland. Photo: Sverrir Vilhelmsson