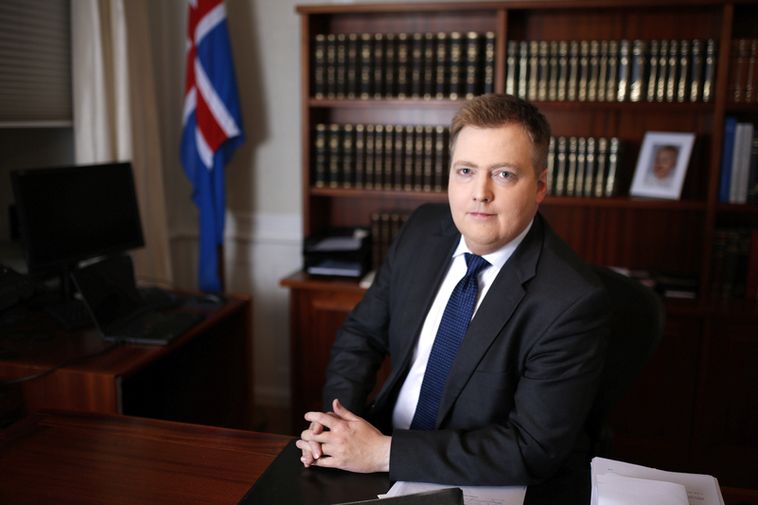 The Prime Minister of Iceland, Sigmundur Davið Gunnlaugsson, expects a resolution to be put forward soon in the Icelandic parliament to formally withdraw the country's application to join the European Union. Gunnlaugsson said this in an interview at the Icelandic radio station Bylgjan on Sunday. He also said steps towards removing the capitals controls, in place in Iceland since the financial crisis hit his country in the autumn of 2008, would likely be taken in this month.

Iceland's EU accession process was halted by Gunnlaugsson's government, formed by his centrist Progress Party and the conservative Independence Party, after the general elections in April 2013. The application was launched in July 2009 by the then centre-left government in the wake of the financial crisis. Iceland's team of negotiators was suspended in the summer of 2013 and since no progress has been made in the accession process. Iceland is nevertheless still considered as a candidate country by the EU as the accession application has not been withdrawn in a formal way.

The government put forward a resolution to the parliament to withdraw the EU application a year ago, amid filibuster from the opposition and protests in the parliament square calling for the fate of the application to be put to a referendum, but the matter was not concluded. The Prime Minister said to Bylgjan that other issues in parliament had been considered a bigger priority. For example because of statements from the European Commission that no new member states would be admitted in the next five years.

Gunnlaugsson said the application was in fact at square one as all the work on it that had been carried out before was in fact obsolete. Both because of how fast the EU was changing and also because his government would not be willing to accept the same conclusions as its predecessor. However it wasn't preferable to leave such a big issue unresolved. Therefore, in his opinion, it would be appropriate for the parliament to address the matter in some way. He expected that a new resolution to withdraw the EU application formally would be put forward early this year.

The chairman of the Independence Party, Finance Minister Bjarni Benediktsson, previously made similar comments in November last year addressing a party conference saying that time had come to clear the table regarding the EU application. Carrying on with the application required a government in favour of EU membership, willing to finalise an accession treaty, support it and fight for its acceptance.  Benediktsson stressed that was, however, not the reality hinting that Iceland's EU application would be formally withdrawn during this parliament.

Aims to withdraw the EU application