Flights are slowly getting back on track 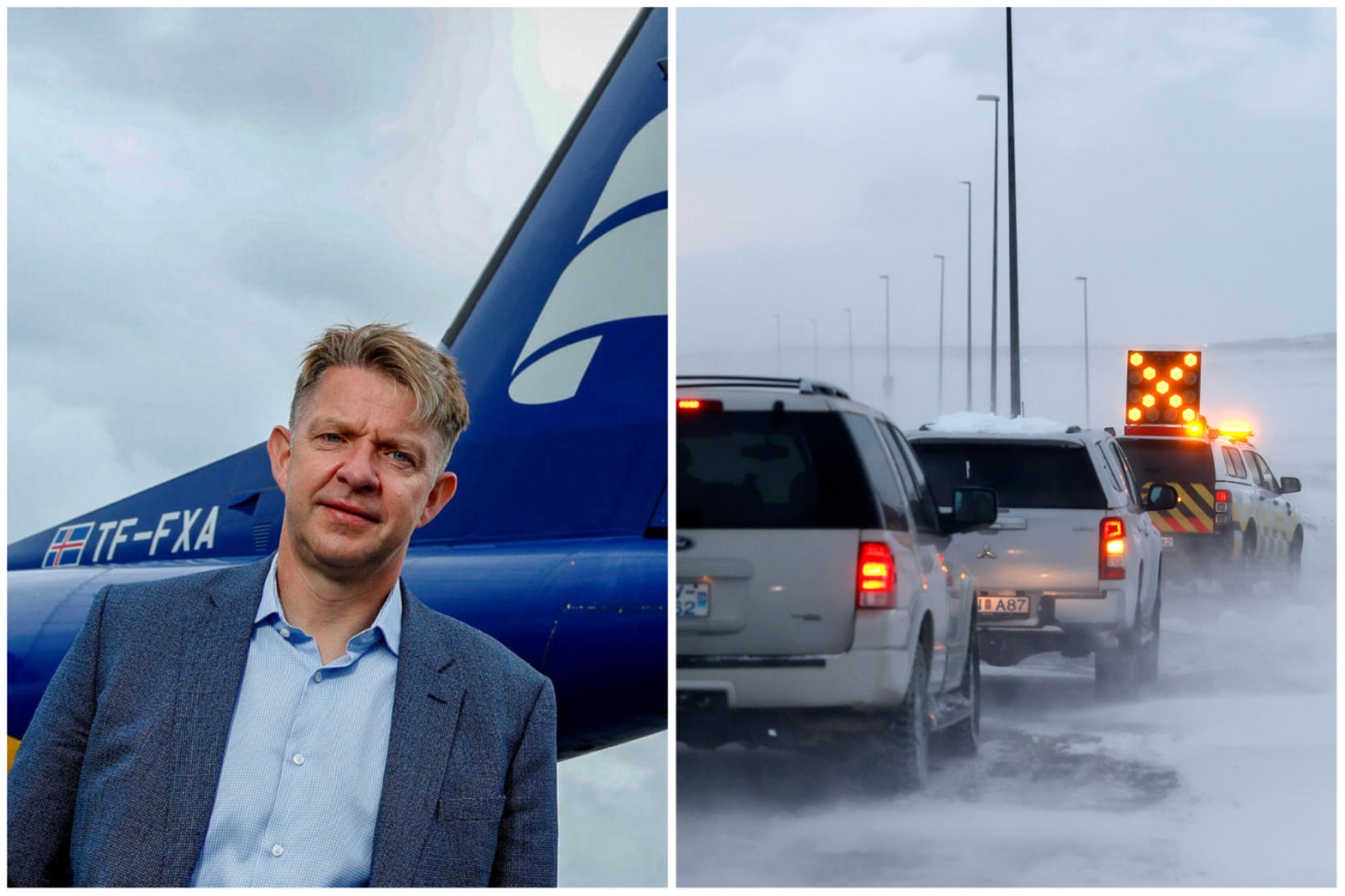 Bogi Nils Bogason the CEO of Icelandair was very unhappy with Reykjanesbraut not being cleared when the airport was open, causing hundreds of people to be stranded at the airport. Composite photo

It is not yet clear when all Icelandair flights will be back on schedule, but the airline has chartered two wide-body jets in order to meet the accumulated travel demand. The planes will be in use today and flights are slowly getting back on track. This is what Bogi Nils Bogason, the CEO of Icelandair, tells mbl.is.

“We had a lot scheduled for this week and most seats were sold. This situation has had a cascade of effects that we are trying to process as efficiently as possible by adding flights and renting airplanes."

Yesterday afternoon and last night the company got 17 planes in the air and the weather today seems to be promising. Passengers are still asked to checked the company’s webpage for their flight status.

Food was getting scarce on the airport

Airline staff were working to get as many people as possible to their destinations by Christmas.

“It’s a difficult time because there are a lot of people who want to travel in the last days before Christmas, but we are doing what we can to accommodate our customers and passengers.”

Bogi was at Reykjavík Airport yesterday to receive passengers and staff. He says the atmosphere was very good and people were generally happy.

Icelandair not only transported passengers and staff to and from Keflavík, but the airline also transported two tons of food to Keflavík International Airport, but food was scarce as closures began to pass.

Negative impact on thousands of passengers

“I’ve been with the company for 14 years and this hasn’t happened in that period. I think it’s unprecedented without having done research on it,” says Bogi.

Stranded – but in good company

Asked how this passenger reshuffle will affect Iceland as a tourist destination, Bogi believes this will have a negative impact, at least in the short term.

“Everyone involved, thousands of passengers, will tell all their friends and relatives about this very bad experience. This has a very negative impact on travel plans.

We’re also in Iceland and should be able to work with snow, I don’t think it was crazy weather. We Icelanders shouldn’t accept that everything gets out of control when this happens, we have to do better.”